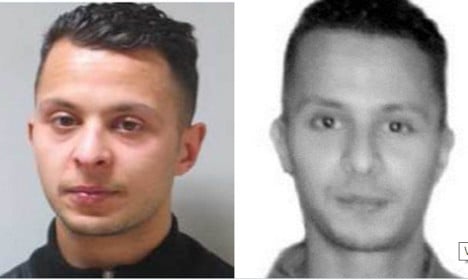 Salah Abdeslam the chief suspect behind the Paris attacks who remains alive left prison in Belgium on Tuesday night to be transferred to a jail in France, where he is expected to be charged on Wednesday.

Within the framework of the Paris attacks of the 13th of November 2015, Salah Abdeslam has been surrendered to the French authorities this morning,” a statement in English said.

“No further information will be given concerning the exact time or the circumstances of his transfer,” it said. Reports in the French press say it was done by helicopter and he was guarded by France's elite counter-terror police from the GIGN.

Paris prosecutor Francois Molins said Abdeslam was formally placed under arrest after arriving on French soil at 9:05am (0705GMT).

“He will be presented to judges during the day with a view to being charged. The prosecution will request his placement in temporary detention,” read a statement from Molins.

The man, who was captured after spending months on the run from police in Belgium is now safely in the hands of French authorities, who will put him on trial for his suspected role in the Paris November 13th terror attacks that left 130 dead.

He is believed to have dropped off the suicide bombers at the Stade de France and hired the cars and the hideouts used by the terrorists before they launched the deadly assault on Paris.

Abdeslam told prosecutors he also intended to blow himself up at the stadium but decided not to at the last minute.

Given the sensitivity around the transfer and the ongoing heightened terror threat in both Belgium and France, the operation was carried out with extreme caution and discretion.

Abdeslam's lawyers have previously told the media that the suspect intends to cooperate with investigators.

Belgian police have also tried to question him over his links to three suicide bombers who struck Brussels airport and metro on March 22, killing 32 people and injuring hundreds more.

Abdeslam has denied having any knowledge of the plan to attack Brussels. Earlier this month the Flemish newspaper Het Nieuwsblad published a photo of Abdeslam, the first up close photo of the terror suspect since his arrest last month after he spent months on the run from French and Belgian police.

The image marked a difference from the carefully coiffured man seen in the official police pictures up until now.

The man who was shot in the leg during his dramatic arrest in Brussels has grown a beard and his hair. The bags under his eyes suggest the 26-year-old hasn’t had much sleep in recent weeks.

A prison source told Het Nieuwsblad that Abdeslam, thought to have played a key logistics role in the Paris attacks, was a “model prisoner”.

“He’s a very good boy and is an example to other inmates in terms of behaviour,” said the source.

“We have had no negative comments about his actions,” said the same source, adding that the French national had an “excellent appetite”.