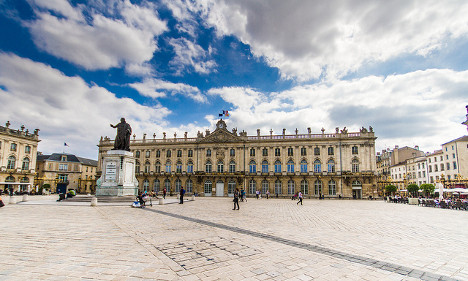 Nancy or Grand Nancy (Great Nancy) as it is known has won the status of France's newest “Metropole”, joining the likes of Grand Paris, Bordeaux, Lyon, Nice and Marseille-Aix.

Despite it not having the required 400,000 population to qualify for the status of Metropole, local officials have fought their case hard. And won.

They hope the new status, which brings with it new powers and financial clout, will enable it to rival neighbours Strasbourg as the major city of Eastern France.

Nancy is full of history and art, and tourists will no doubt be impressed by the Saint-Epvre Cathedral and wowed by the remains of the fortified towns… but that isn't all that Nancy has to offer. Try some of the gastronomical specialties

Nancy is the place to come for sweet treats, and not just the Nancy cake.

It was here that two Benedictine nuns concocted one of the first recipes for France's treasured macaron. At café ‘Maison des Soeurs’, you can sample a macaron made using the very recipe that they came up with back in 1793.

And why not try the baba au rhum, the alcohol-drenched cake that Stanislas Lecsczinski, former Duke of Lorraine, brought to the city.

The famous Quiche Lorraine also, surprise surprise, came from the Lorraine region and some of the best in the region can be sampled in Nancy.

See the France's most beautiful square at night

Nancy is known as “le Ville de Roi Stanislas” (King Stanislas City) which is the name given to arguably the most beautiful square in France.

The magnificent Place Stanislas, or ‘Place de Stan’ it is so fondly known by those who live there, is not only an important historical landmark, but also the prime hang-out spot for students and young people who flock there on summer evenings with arms full of beers and to marvel the fountains and buildings as they are lit up at night.

It is biggest of the three main squares in Nancy, at an enormous 125 m long and 106 m wide and is surrounded by some of the most iconic buildings of the city: The City Hall, the Opera House and the Arc de Triomphe.

The square gets its name from Stanislas Lecsczinski, former Duke of Lorraine and King of Poland. Collectively, the three squares of the city made it onto the UNESCO list as far back as 1983.

Get lost in the medieval Old Town

Cobbled streets lined with a unique mix of ornate churches, quirky bars and independent craft stores make the medieval part of Nancy the best place for an afternoon stroll and to walk off some of those macarons.

Porte de la Craffe is the oldest part of Nancy's fortifications and particular highlight of this area, resembling something of a fairytale castle. Nowadays considered the trendier part of town, it comes even more to life at night, when the terraces of the bars that sprawl across the little streets are taken over by thirsty students.

Nancy was voted “The best student town in France” in 2013 by readers of Le Figaro newspaper. It continues to be one of the most popular student cities in the country, with over 50,000 students and three universities. For this reason, it attracts a large international student population and is most praised for its welcoming atmosphere, making it a great place to meet people.

You can eat well (and cheaply) at any one of the markets that take over the city during the week. Marché Couvert is a particular treat for us gourmands, considered by many to be the prime place to stock up on stinking cheese.

For people who are into all that retro stuff, there is also a flea market which takes over the Old Town every Sunday, where there are bargains to be found if you are prepared to look hard enough.

Take in the greenery

For all those lovers of mama nature, Nancy is a winner. It is one of the greenest cities in the country and best discovered by one of the 160km of trails that weave around the city and surrounding forests.

Ok, so Pépinière Park (or 'la Pep', as it is known to locals) might be the most popular park in the city, and there is no denying that it is spectacular. But for a quirkier alternative, the Jardin d'Eau is worth checking out; filled with crazy aquatic plants and water features, it makes for an ideal place to spend a sunny afternoon. If the parks within the city aren't enough and you are in search of some even fresher air, the city of Nancy is surrounded by rolling countryside; Forêt de Haye and Forêt de Pulnoy can be reached in no time at all.

Immerse yourself in art (without paying the price)

Art fanatics will be in their element here, as Nancy was a central part of the late Baroque and Art Nouveau movement. No need to even pay to see exhibitions, as much of the art comes in the form of the buildings that you can see just by wandering the streets of the Quartier Saint-Léon. The Villa Majorelle is a particular gem.

While we’re on the subject of these Art-Nouveau buildings, one of them has been turned into an Aquarium museum, where all kinds of weird and wonderful marine creatures can be found.

Hang out with monkeys at the free zoo

At one corner of ‘la Pep’ park, there is a free zoo that was once home to Jo Jo, the oldest captivated chimpanzee in Europe. A short period of mourning took over the people of Nancy following Jo Jo’s death, but luckily there are plenty of other animals who are still there, entertaining passers by.

Enjoy an aperitif on the water

The Quais of the canal that runs through the city make an ideal spot to catch the last rays of the day with a verre and some good music. La Machine a Vapeur (pictured above) is a particularly popular spot which has a terrace perched right over the water where you can boogie on down continue into the early hours.

Get into some jazz

It’s not just in the summer that all the good stuff happens here. In October, you can groove the night away in the Pépinière Park, at the annual Jazz festival; Nancy Jazz Pulsations.

Popa Chubby fans… we know you’re out there somewhere.

And lastly, it's not too far away

At least for those in Paris, where Nancy is only 90 minutes away by train. Those in Strasbourg can get there in just 50 minutes. So what's stopping you. 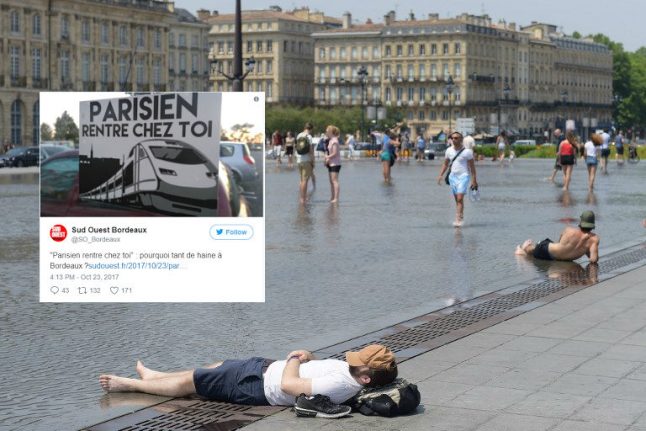 BORDEAUX
‘Parisian go home’: Why all the hostility in Bordeaux towards the capital’s exiles? 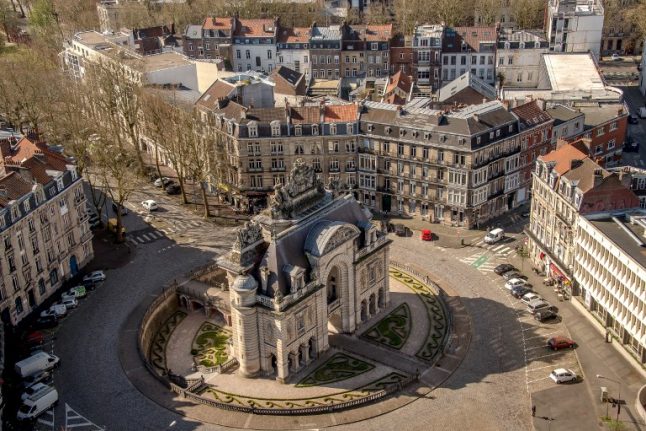 LIFESTYLE
The best cities in France to live in (if jobs and buying property are all that matter)
Url copied to clipboard!