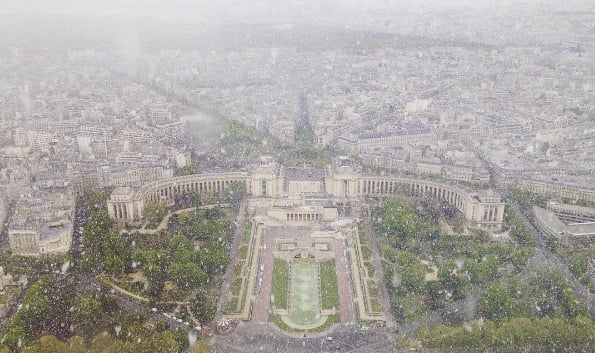 Yep, it snowed in Paris at the end of April. Well, not a lot, but enough to get social media users in a flurry.

This wintery weather has come back thanks to a polar air front that's moved in over France, causing temps to drop six to seven degrees celsius below average around the country.

Even on the French Riviera the locals are donning their jackets, something they don't normally do at the end of April.
Tuesday afternoon saw some late-spring snow flurries in the capital. It's definitely supposed to be spring by now, but it sure made a pretty sight in Paris this afternoon. Take a look.

A video posted by