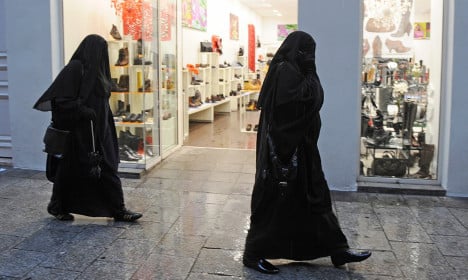 A Muslim shopkeeper has been fined €500 ($560) for ordering different opening hours for men and women at his store in the French city of Bordeaux, his lawyer said Tuesday.

Jean-Baptiste Michalon, the owner of a general store and who converted to Islam in 2012, created an uproar when he pasted a notice outside the shop in June 2015 indicating different shopping hours for men and women.

“Sisters” were invited to shop on Saturdays and Sundays only, while “brothers” were told they could shop on week days.

Michalon quickly abandoned the plan faced with a swell of negative reaction, and his shop has since closed its doors.

“We put this in place at the request of the sisters who preferred when my wife was behind the counter. It is a shop where we sell clothes,” Michalon told AFP at the time.

Michalon's lawyer Tristram Heliot told AFP that the shop owner “admitted it was a blunder and tactless”.

“We never saw this during the time of the Prophet. Markets were mixed. It seems a bit strange to me in a world where social mixing is an established culture,” he said.

Bordeaux Mayor Alain Juppé called out on Twitter for “an end to such a discriminatory practice”.
Naima Charai, the head of French equality group ACSE, tweeted her disdain too, saying that gendered opening hours are “unimaginable and unacceptable”.
“Respect for the republic should be seven days a week,” she wrote.
Marik Fetouh, the deputy mayor of Bordeaux tasked with equality, told French newspaper 20 Minutes that the shop was not in line with typical practices for Muslims in the region.
“This is the first time we've seen something like this in Bordeaux,” he said.
“It's problematic because it creates a bad image for the Muslim community, who actually abide by 99 percent of the laws of France.”