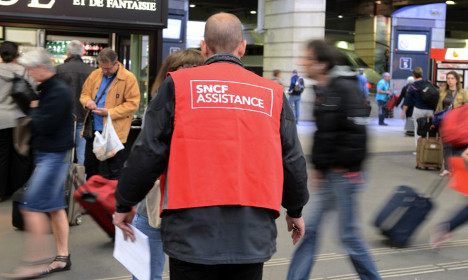 Tuesday is set to be another day of misery for commuters and train passengers in France thanks to the latest rail strike.

The industrial action is set to be particularly crippling given that all four trade unions (UNSA, CGT, SUD, CFDT) support that action.
Some unions will start the walk-out on at 7pm Monday evening, with the strike lasting until 8am on Wednesday morning.
France's rail operator SNCF announced that only half of TGV services around the country will be running.
In the Paris region only one in two Transilien trains will be operating meaning many workers in the capital face a difficult journey to and from work on Tuesday.
RER services will also be badly hit, apart from on the RER A, which will pretty much run as normal.
RER lines E, D and B, which serves the two Paris airports will see services hit to varying degrees.
The forecasts for TER and Intercité services around the country are even worse, with only four TER services out of ten running and one in three Intercité services.
The good news is that international services like the Eurostar should not be too affected by the strike with services almost normal.
However Lyria train services to Switzerland will be affected.
SNCF say replacement staff to cover for the strikers will be used at rush hour times on Tuesday to try to minimise the disruption.
The operator said thousands of emails and text messages had been sent out to warn travellers that their services had been disrupted.
Passengers are being advised to delay all non-urgent travel.
The strike is aimed at pressuring SNCF as unions continue to negotiate over pay and working conditions.
They have threatened to carry out further industrial action if their demands are not met.
For more information on the disruption and how to reorganize your travel plans CLICK HERE.