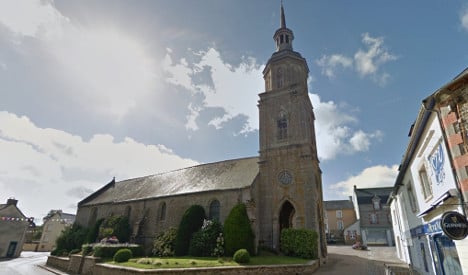 The strangely imbalanced ratio came to light only this week after it emerged that French gendarmes had made an extraordinary find in a little village in northern Brittany.

They found some 900 cannabis plants, weighing 54 kilos and growing in an area of around 100 square metres, in the village of Lanrelas, just south of Saint-Brieuc.

The pot factory was spread over several rooms and buildings and was unsurprisingly labelled a “significant site for the production of cannabis” by prosecutors in Saint-Malo, who described the production as “professional” and “highly elaborate”. A sophisticated heating and irrigation system for the plants had been installed as well as special lighting. The growers had also installed CCTV and an alarm system.

The site had been under watch for several weeks and the raid to clear away all the plants took a full three days.

A 59-year-old man was arrested at the scene.

Although the seizure of 900 plants was a record for the region, France is no stranger to massive cannabis busts.

In December last year police found an estimated €2 million of cannabis hidden in the fuel tank of a truck.

It's perhaps no surprise in a country where young people have shown to have the munchies for pot.

A recent global survey of pot smokers revealed that France has the highest number of teen pot smokers among 42 developed countries.

France dislodged Canada as the number one nation for teen tokers, moving up from fourth place, which was surprising given France has fairly tough laws around cannabis consumption.