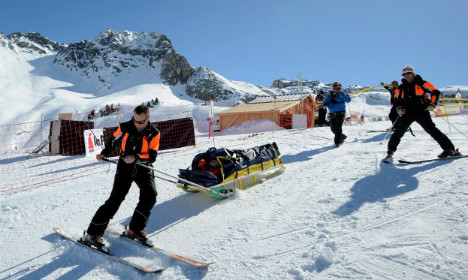 The fatal accident occurred on a blue ski slope at the resort of La Plagne in the Savoy region of the Alps.

According to a report in Le Parisien the British woman was descending the ski slope named Ours when she lost control.

Rescuers were sent to the scene around 11.30am but her injuries were too severe and she was pronounced dead at the scene. It is not known whether she wearing a helmet.

Two school children and a Ukrainian man were killed when they were hit by an avalanche while skiing on a closed black level piste at Les Deux Alpes last month.

Blue level slopes are a grade up from green, which are for beginners, while red slopes are for more accomplished skiers and black runs are reserved for only the very experienced.