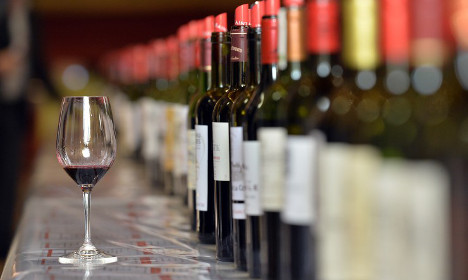 But France only ranks third in volume of exports, at 14 million hectolitres, reflecting the high quality of its wines which fetch higher prices than its competitors. Spain is the world's biggest exporter by volume with 24 million hectolitres but has slipped to third place in terms of market share value because of the relatively low price per unit.

Italy is now the world's second-largest exporter at 20 million hectolitres, with a market share value of €5.3 billion, the OIV said.

China is playing an increasing role in fuelling global growth both in consumption and production.

In terms of consumption, five countries guzzle half of the world's wine: The US (31 percent), France (11 percent) Germany (9 percent) Italy (9 percent) and China (7 percent). Furthermore, while other countries slightly reduced production, China increased the amount of land given over to vineyards by 34,000 hectares in the space of a year.