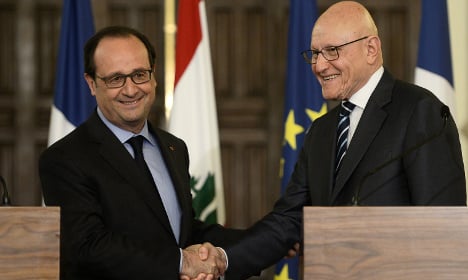 Deep political divisions have left Lebanon without a president since May 2014, and parliament has extended its own mandate twice since 2009.

He announced €100 million ($113 million) in assistance in the next three years for Lebanon which is hosting more than one million Syrian refugees, as well as “immediate aid to strengthen Lebanon's military capacity”.

Earlier this year, Saudi Arabia suspended a grant to finance $3 billion worth of French weaponry for Lebanon's security forces.

The Lebanese army and police receive weapons and training from the United States, Britain and other Western countries.

On the political front, Hollande said it was time for Lebanese leaders to overcome their differences.

“This is a crucial moment, because you need to resolve this crisis and give Lebanon a president,” Hollande said after meeting Berri in downtown Beirut.

“I believe in you and I know that you will succeed,” he added.

Hollande told a news conference that he recognised “the particularly difficult circumstances” facing Lebanon, which is hosting more than one million refugees from the conflict in neighbouring Syria.

The large refugee community means that Lebanon — whose own population is just over four million — has the highest refugee-to-resident population in the world.

“In addition to… facing terrorist threats, Lebanon has hosted and continues to host a very high number of refugees,” Hollande said.

Berri said it was necessary “to find a political solution to lift the burden” created by the refugee population on the country.

On Sunday, the French leader will travel to an informal Syrian refugee camp in Lebanon's eastern Bekaa Valley to speak to families who will be resettled in France. 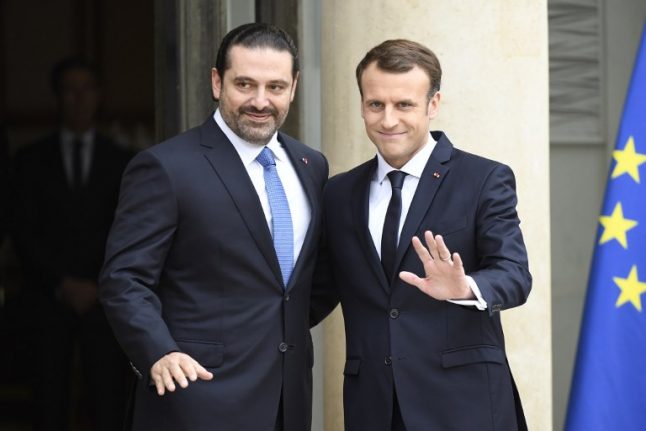 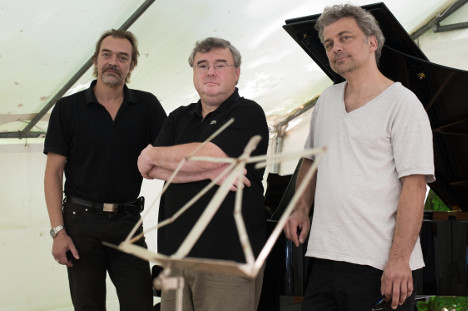