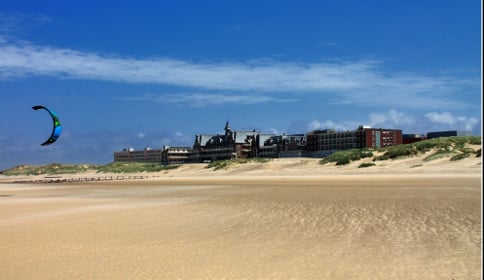 The agreement will mainly help residents of southeast England who can easily travel to France through the Channel Tunnel.

But British residents of the Pas-de-Calais area of northern France, which is a popular location for holiday homes, can also benefit.

Under the terms of the agreement, British patients will travel at their own expense to France but the NHS will pay for the surgery.

“The Calais hospital is now affiliated to the NHS — it's as if a British patient was in England,” said Thaddee Segard, a businessman who acted as the go-between for the hospital and the NHS.

The other hospital covered by the agreement, l'Institut Calot in nearby Berck-sur-Mer, is renowned for its treatment of neurological and orthopaedic conditions.

“It is about patient choice, it's not about cutting waiting lists,” NHS spokesman Steve James told AFP.

“There are no set targets, '50 people by the end of May' or anything like that.”

A spokeswoman for the Calais hospital said however that it was confident of slashing waiting times for British patients.

“For example, our first English patient, who came on Thursday, would have waited at least 18 weeks to have his gall bladder removed compared to two to three weeks here,” she said.

She could not resist a jibe at British hospitals, saying: “The state-run hospitals in England are not as good as ours. There are wards with six beds, shared toilets and a high rate of hospital-acquired infections.”

Segard said the deal benefited everyone and would bring much-needed visitors to Calais, which has lost business since thousands of migrants set up camp there as they try to cross to Britain in search of work.

“It allows British people to reduce their waiting times, it allows France to demonstrate the quality of its hospitals, it helps the town of Calais to improve its tarnished image in the eyes of the English and it helps the hospital, which is able to absorb the costs through higher fees (than can be charged for French patients).”

The Calais hospital spokeswoman said its operating theatres were under-employed and dismissed suggestions that the presence of migrants had added to its workload.

“We have very few visits from migrants to our casualty department,” she said.