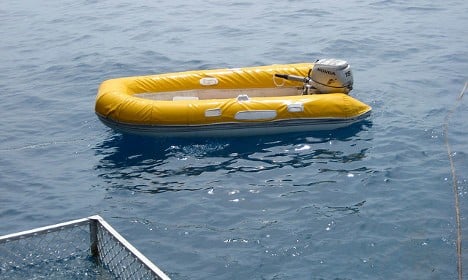 Photo: icameronbps/Flickr
The men had been at sea for up to eight hours when they were picked up at around 3:30am, around 2.5 kilometres (1.5 miles) from the port of Dover on the southern coast.
“The P&O ferry Pride of Canterbury was leaving Dover harbour when they saw a very weak light flashing occasionally,” said Andy Roberts of Dover Royal National Lifeboat Institution (RNLI).
“They slowed down and diverted towards the light. It was a mobile phone being held up.”
The men who had crossed one of the world's busiest shipping lanes without life jackets or other safety equipment were extremely cold and given first aid by the crew, a RNLI spokesman said.
After being brought ashore, the two Iranians were transferred to an immigration office, according to the local Kent Police force.
The news comes just two weeks after another three Iranians were caught trying to cross the channel in an inflatable boat with no motor, and only one paddle.
The northeast coast of France is home to thousands of migrants and refugees hoping to smuggle themselves to the UK.
At its narrowest point in the Strait of Dover the Channel is around 32 kilometres (21 miles) wide.