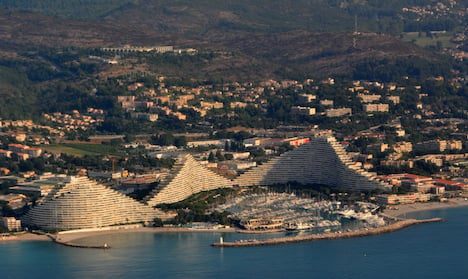 You think the French Riviera is all picturesque coastlines with beautiful, pastel-coloured buildings?

Think again. In recent years and decades, high rises, shopping centers, unsightly hotels and some buildings that are more suited to the set of Star Wars have sprung up along the coast, often drawing the ire of the locals.

Here are some of the ugliest structures to avoid on your next trip to the Cote d’Azur.

This convention center is the venue for the Cannes Film Festival, so you’d think it might be more aesthetically pleasing. If the architects were going for haphazard and confusing, they really nailed it.

Were they trying to imitate the Egyptian pyramids? These strangely-shaped blocks of luxury apartment buildings, restaurants, and supermarkets have marred the otherwise beautiful bay of the Marina, Baie des Anges, near Cagnes Sur Mer.

If you want to feel like you’re in Disneyland rather than on the French Riviera, go here. This shopping center, opened in October of 2015, boasts 150 boutiques, 26 restaurants, casinos, and a cinema.

Although it's been the scene for many celebrity parties and fashion shows, this “bubble house” looks like it belongs in the Star Wars universe, not on the French Riviera. We do have a soft spot for it but once Mars has been colonized, Pierre Cardin's Bubble House needs to be moved brick by brick up to the red planet. This 70-meter tall luxury apartment building is certainly not meant to be subtle. The tower will hold the most expensive penthouse apartment in the world, at €500 million.

Naming this convention center after the ancient citadel in Greece was perhaps not the best move, as it only highlights how not beautiful or architecturally significant this one is.

This hotel and casino just looks a bit too Vegas for the French Riviera resort of Cannes. The purple fluorescent lights could probably be seen from miles out to sea. Although to be fair, are casinos ever pretty?

The architect must’ve gone on strike halfway through designing this union building.

We'd all love a villa on the French Riviera, but maybe not one that looks like this.

This famous promenade in Nice has some beautiful hotels, and then it has some that look like this. Mais pourquoi??

Tell us the Riviera eyesores that we've missed out. 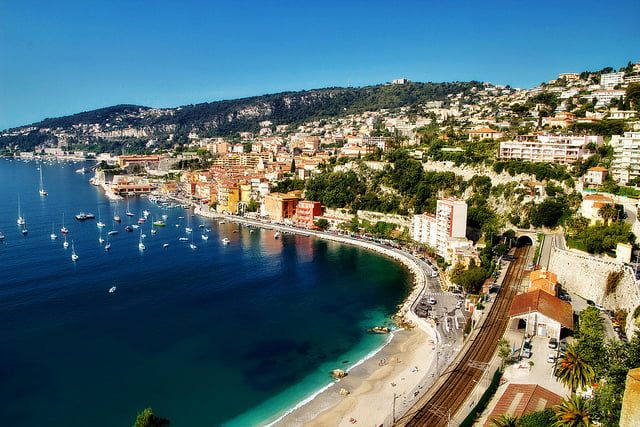