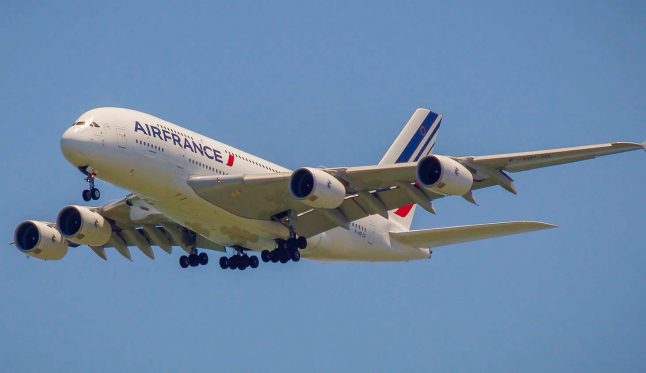 The creation of a petition calling for gay Air France stewards to be allowed to refuse to work on future flights between Paris and Tehran, prompted headlines around the world on Tuesday.

“It is inconceivable to force someone to go to a country where his kind are condemned for who they are,” read the petition on the site Change.org.

It came just days after Air France announced it would allow female cabin crew members who did not want to wear the veil in Tehran to opt out of working on the new Iran route without fear of being punished.

While the petition may have garnered thousands of signatures of support, a gay Air France steward, who is the head of the airline’s LGBT union, has told The Local the idea of not working on flights to Iran is ridiculous.

Sébastien Gidon, president of the union Personn’Ailes, said gay stewards should be expected to fly to Tehran, even though the country has the death penalty for homosexuals caught in the act.

“We cannot create lists of personnel that includes information on their sexual orientation,” he told The Local.

“It is not the same issue as for the female staff, who don’t want to fly because they don’t want to wear the veil,” said Gidon. “We know they are women, but that’s not the same for gay people. Their sexual orientation needs to remain a secret and not be written on a list.”

Gidon says it’s hypocritical for gay stewards to think they can opt out of Tehran flights only, given that Iran is not the only country in the world where the rights of homosexuals are pretty much non-existent.

“If they took that stance, there would be around 20 other countries where they shouldn’t fly to, including Saudi Arabia and even international hubs like Singapore,” he said.

According to his union’s estimates, around 40 percent of Air France cabin crew and pilots are men, without around 20 percent of those being gay.

Gidon says that while they are shocked and saddened by the horrendous conditions for gay people in Iran, air stewards should understand the moral dilemmas and restrictions that come with the job.

“When you apply for the job, you know you are going to go to places like Saudi Arabia and other countries where homosexuals are punished.

“There is obviously a fear that the cabin crew may get into trouble, but we say to them: ‘Do you really think you are going to walk around hand in hand with a boyfriend or kiss them on the streets of Tehran? Of course not.'

“We understand their worries and we will help them overcome them,” he said.

Gidon says that sometimes, as is the case for many jobs, staff just have to accept the situation they are in and keep their opinions hidden.

“We all have personal opinions. When you see women hidden behind a veil in Saudi Arabia it makes you feel bad. It’s hard to see. But you can’t always express your opinions – or if you want to, then it’s time to change jobs.”

He says many gay workers of Air France were angered by the appearance of the petition this week and believe it may have done damage to their image.

“People already have the image that French people complain all the time and this petition makes it look like the gay air stewards were complaining about having to go to a certain country. But it’s not true.”