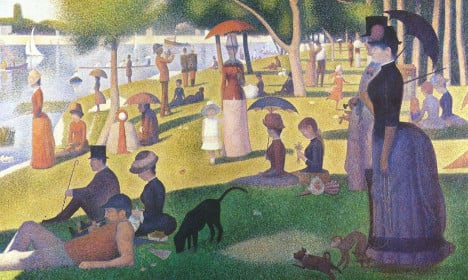 A Sunday Afternoon on La Grande Jatte.
Here's an infographic with all you need to know about Paris in paintings. Check out a larger version of it here.