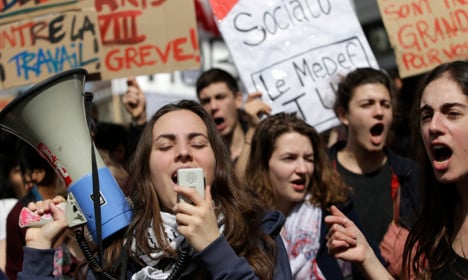 The measures will cost the government up to €500 million, and will be specifically aimed at those disadvantaged young people who have found it hard to gain accommodation, qualifications, a foothold in the notoriously rigid jobs market or even access to health care.

They were announced after weeks of protests against a controversial labour laws bill aimed at making it easier for companies to fire and hire workers, in the hope it will reduce unemployment, which stands at over 10 percent and 25 percent for young people.

Valls put the proposals to a meeting of eight youth organizations that oppose the reforms, including the biggest student union, UNEF.

UNEF welcomed the measures, saying they were “a genuine response to young people's demands” but did not rule out joining the next major protest on April 28th.

Here are the principal measures Valls announced on Monday.

STRIKES
‘The people around me don’t seem to really care’: The French defying Macron