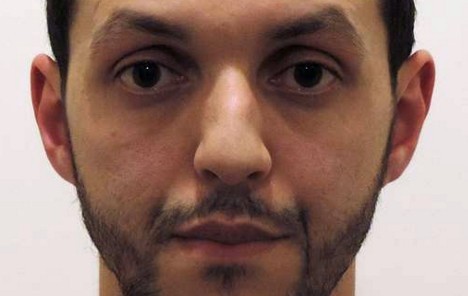 “This is an important step forward,” a source close to the investigation told AFP.

Abrini made the admission on the day he was charged with terrorist murders over the November attacks in Paris that left 130 people dead, prosecutors said.

Terror suspect Osama Krayem, a Swedish national, received the same charges over his role in a suicide bombing at a Brussels metro station on March 22nd, which occurred an hour after the airport blasts. A total of 32 people died in the coordinated attacks.

The latest arrests strengthened the theory that the same cell carried out both France and Belgium's worst ever terror outrages, claimed by the Islamic State group.

The pair were among six arrested in raids across Brussels on Friday. Two were later released but two others were charged with complicity for allegedly helping Abrini and Krayem.

According to a report in the Belgian daily L'Echo, not confirmed by prosecutors, Abrini confessed that he actually wanted to return to Paris for another attack but was spooked by the investigation and hastily decided to carry out the Brussels bombings.

The judge leading the Belgian investigation into the November 13th Paris attacks charged Abrini “with participation in the activities of a terrorist group and terrorist murders,” the federal prosecutor's office said in a statement.

The Belgian of Moroccan origin was the last known Paris suspect still at large. He had been spotted on CCTV cameras at a petrol station north of Paris two days before the attacks there. In the car with him was fellow Paris attacks suspect Salah Abdeslam, who is now awaiting extradition from Belgium to France.

The 31-year-old “confessed his presence at the crime scene” when they confronted him with evidence, including footage of a mystery man in a hat and light-coloured jacket seen next to the two suicide attackers as they walked through the departure hall pushing trolleys loaded with bomb-filled bags.

“He is indeed the third man present at the Brussels national airport attacks,” they said in a statement.

“He explained having thrown away his vest (jacket) in a garbage bin and having sold his hat afterwards.”

The airport images had triggered a furious manhunt for the so-called “man in the hat”, who swiftly became one of Europe's most wanted men.

Police stepped up the search on Thursday when they released a video tracing the fugitive's escape route after the blasts and appealed for the public's help in identifying him.

The new footage showed the suspect fleeing the airport and making his way on foot back to central Brussels, appearing calm and composed, before surveillance cameras lose track of him.

The two airport bombers have been identified as Ibrahim El Bakraoui and Najim Laachraoui, believed to be the cell's bomb maker.

Ibrahim's brother Khalid blew himself up at Maalbeek metro station near the European Union's headquarters in Brussels.

Krayem, the son of Syrian exiles, has been identified as the man seen on closed circuit television with Khalid moments before the metro bombing, prosecutors said.

Krayem, 23, was also caught on camera buying the bags used to conceal the bombs set off at the airport, they added.

Swedish media published photographs of him holding a Kalashnikov assault rifle in front of an IS flag said to have been taken in Syria.

In both the Paris and Brussels massacres, several of the suspects came from the largely-immigrant Molenbeek neighbourhood of Brussels, including Abdelhamid Abaaoud, said to have played a key role in Paris, and Abdeslam who was arrested on March 18th.

Abdeslam is suspected of playing at least a logistical role in the Paris attacks but unlike his brother Brahim, who blew himself up, he escaped and fled back Brussels, eluding a vast police dragnet for four months.

He has since said that he too had intended to set off a suicide bomb during the Paris attacks but changed his mind at the last minute.

The Belgian authorities have faced intense criticism over the Brussels bombings as it emerged that many of the suspects were known to police for a long time.