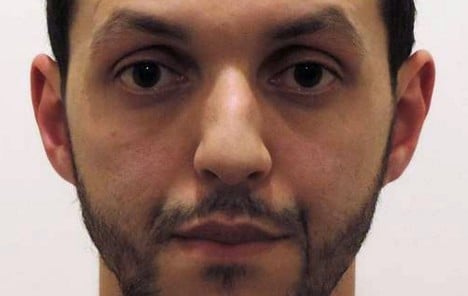 Abrini's arrest on Friday, along with five other suspects, marks an important step in the investigations into the November 13 Paris attacks, which killed 130, and the March 22 assault on Brussels which left 32 dead.

In both, several of the suspects came from the largely-immigrant Molenbeek neighbourhood of Brussels, including Abdelhamid Abaaoud, said to have played a key role in Paris, along with Salah Abdeslam who was arrested on March 18.

Abdeslam himself took part in the Paris attacks but unlike his brother Brahim, who blew himself up, he escaped and fled back Brussels, eluding a vast police dragnet for four months.

The Belgian authorities have faced intense criticism over their handling of the attacks as it emerged many of the suspects were known to police for a long time.

Critics say the government has not done enough to prevent radicalisation of Muslim youth in areas such as Molenbeek, with Belgium proportionately the biggest source in the European Union of foreign fighters going to join IS in Syria.

There has been intense speculation Abrini is the third, hat-wearing suspect seen alongside two suicide bombers in security footage from at Brussels airport.

His disappearance triggered a huge manhunt, with the federal prosecutor's office confirming that investigators were “verifying whether Abrini can be positively identified as… the so-called 'man with the hat'.”

Belgian police on Thursday released a video showing a man wearing a hat and light-coloured jacket who was seen with the two suicide bombers in the departure hall.

While they blew themselves up, he fled and made his way on foot back to central Brussels, appearing calm and composed before disappearing.

On Saturday, La Libre daily carried a cartoon showing a policeman kicking a man holding a hat into a prison cell under the banner: “They criticise the Belgian police but … Hats off!”

The two airport bombers have been identified as Ibrahim El Bakraoui and Najim Laachraoui, believed to be the cell's bomb maker.

Ibrahim's brother Khalid blew himself up at Maalbeek metro station not far from the European Union quarter in Brussels.

Abrini was arrested in the Brussels neighbourhood of Anderlecht, the prosecutor's spokesman said on Friday. Two others were also picked up with him but there were no immediate details on their identities.

Local television stations aired footage purportedly of Abrini's arrest, showing a man pinned to the ground by several armed plain-clothed police who then bundled him into an unmarked car.

Abrini, a Belgian of Moroccan origin and the last known Paris suspect still at large, was seen at a petrol station north of Paris two days before the attacks with Salah Abdeslam who is now awaiting extradition to France.

The prosecutor's spokesman identified two other suspects arrested on Friday as Osama K., who went by the alias of Naim Al Ahmed, and Herve B.M. Three others, including one whose arrest was confirmed Saturday, were unnamed.

He said investigators were trying to determine if Osama K. was the man seen with Khalid El Bakraoui moments before the Maalbeek blast.

The same man was also filmed at a Brussels' shopping mall buying the bags used in the airport attacks.

Swedish media said Osama K. was Osama Krayem, 23, who grew up in the southern city of Malmo, and published photographs of him holding a Kalashnikov assault rifle in front of an IS flag said to have been taken in Syria.

Osama Krayem is the product of a “now classic cocktail of social marginalisation, ideological radicalisation” and criminality, Magnus Rainstorm, an expert on radical Islamic movements at the Swedish National Defence College, told AFP.

Making another link between the Brussels and Paris attacks, the prosecutor's spokesman said Abdeslam had hired the car used to pick up Osama K. in Ulm in Germany and bring him to Belgium in early October.

Abdeslam says he had no knowledge of the Brussels attacks, according to his lawyer, despite his links to Khalid El Bakraoui.

He also knew Laachraoui, who drove to Hungary with Abdeslam in September.

More links between the suspects came to light after the arrest near Paris last month of Reda Kriket, who police said was planning an attack of “extreme violence.”