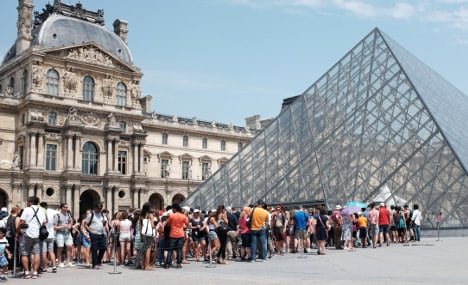 The number of foreign visitors to France grew in 2015 despite jihadist attacks in Paris thanks to a sharp rise in tourists
from Asia, Foreign Minister Jean-Marc Ayrault said Friday.

France retained its crown as the world's top tourist destination with a total of 84.5 million visitors last year, an increase of 0.9 percent on 2014.

Ayrault said the attacks on bars, a concert hall and the national stadium on November 13 that killed 130 people “limited this growth, especially in the capital”.

He said a “spectacular rise” of 22.7 percent in the number of tourists from Asia accounted for much of the increase.

“The number of Chinese tourists passed the symbolic bar of two million for the first time, and reached 2.2 million,” Ayrault said.

More than half a million Indians also visited France.

In 2014, France reduced the time for visas to be issued to 48 hours for visitors from China, India and Singapore.

That helped to boost the number of visas issued to Chinese visitors by 38 percent in 2015, and to 48 percent for Indian tourists.

Visitor numbers from the United States were also up, by more than 15 percent, but there was a dip of 1.5 percent in the number of tourists from Europe, especially from Germany and Switzerland.

Visitors from Britain (up 3.3 percent), Italy and Spain helped compensate for the decrease.

In August last year, then-foreign minister Laurent Fabius said he hoped France would break through the barrier of 85 million visitors in 2015.

Ayrault said Friday his aim “remains to attract 100 million foreign tourists a year to France by 2020”.

Speaking whilst on a charm offensive in Singapore on Friday senior tourism official Matthias Fekl urged more south east Asian visitors to come to France, even if it meant they would have to overcome their fears of terrorism.

“Zero risk does not exist anywhere in the world anymore, this is today's reality,” Fekl, minister of state for foreign trade and tourism promotion, told reporters.

“But we have enhanced security and we will be very careful of course for every event.”

Fekl said France was determined to proceed with all scheduled culture and sporting events, including Euro 2016 which runs for a month from June 10.

Tourism in France accounts for seven to eight percent of national wealth and employs two million people, with those from Southeast Asia making up a large portion of the visitors.