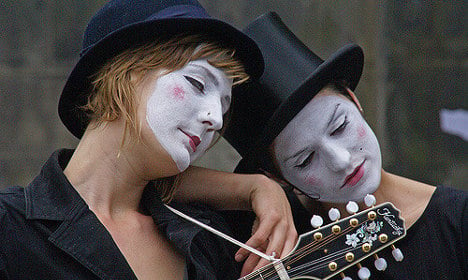 Photo: Ian Britton/Flickr
The Franco-British comedy scene has been given an exciting shake-up with the news that British comic Eddie Izzard is set to perform at the Olympia arena in Paris with French funnyman Gad Elmaleh.
The twist is that the show, called Franglish Night, will see Elmaleh performing in English (for the first time in France), and Izzard in French.
But the combination of the two raises questions about the differences between the French and British senses of humour.
Of course – there are differences (if you've ever tried to translate a joke from one of France's Carambar candy bars then you'll know).
But what are these differences?
If you ask author Stephen Clarke, whose new Brexit comedy novel “Merde in Europe” will hit bookstores next month, he'd say one major contrast is that the French are out to prove themselves, but not by being funny.
“Really making fun of yourself is a difficult thing for French comedians,” he tells The Local.
“They have to show they're more intelligent, cooler, sexier than you, so they hold back. Either that, or they go wacky to show how crazy and liberated they are and what a good acting school they went to.”
He added that humour isn't a “well respected” genre in France.
“A comedy will never win a film award. This is because French culture is mainly about trying to prove how clever you are, so they feel obliged to go in for intense, intellectual novels and moody films.”
The idea of Brits favouring a self-deprecating humour was backed up by another British comedian in France, Ian Moore.
“The French find it harder to laugh at themselves, which is a trait the British are proud of,” he tells The Local.
“But on the other hand, we're so busy finding ourselves and our situations amusing we've never had a revolution, which is a shame. I think I prefer their way to be honest with you.”
Moore suggests the British royal family and “bad governance” could all have been done away with in the UK, if only they'd been more Gallic-like in their humour.
While the French may not laugh about themselves, they are quicker to laugh off some subjects that seem to be taboo in the UK – like sex, says Olivier Giraud, the French comedian behind the one-man smash-hit show “How to be Parisian in One Hour“.
“I think that English people don't really like our sexuality jokes, I think we go a bit too far for them,” the comedian, who will also be playing at The Olympia for a one-off show on May 20th, tells The Local.
“I was in playing in London and talking about how to understand the sexuality in Paris, and I noticed that the audience was shocked and didn't know whether to laugh or not. Some Brits even told me that I'd gone “very far” with the sexual part. In Paris, on the other hand, this is the most successful part of the show.”

Photo: Olivier Giraud/Facebook
The French have been long renowned for a more liberal approach to sex than their northern neighbours, but the differences don't stop there when it comes to humour topics.
The French are also renowned for their fondness of wordplay, and don't use it like the Brits do. Indeed, witty and untranslatable wordplay is more likely to appear in newspaper headlines or comic strips than at stand-up clubs or on the television.
Author Stephen Clarke regrets that on TV and on the stage the French don't allow their talent for play on words (jeux de mots) to shine through more.
“On TV, French humour mainly consists of shouting the loudest or being the most vulgar. It rarely feels natural,” says author Stephen Clarke.
“I've found that this spoils a lot of French stand-up acts. They put on silly voices and leap about making fun of someone, where a Brit or an American will stand there and let the words do the work.
“You'd think that the French would want to let the words do the work, because one thing they do really well is word-play (it's an intellectual pursuit, after all).”
Wordplay – which is much easier to pull off in the French language than in English – was one of the main reasons French comic Asterix skyrocketed to international fame.
Another key Asterix success for the French was the satire – which is a huge part of the cultural humour in France, and is much less prevalent in the UK.
Satirical magazines like Charlie Hebdo and Le Canard Enchaine are absolute regulars in any kiosk around the country and both are well read and well received. New editions of Charlie Hebdo. Photo: AFP
The satirical television show Guignol de l'Info, a political puppet show, is an institution that's so popular it's said to have influenced elections.
And indeed, as the French love to laugh at other people, politicians make easy (and regular) targets.
But while the French may laugh at different things to the Brits, and definitely don't get caught laughing at themselves, this doesn't mean they're not laughing. Let's not forget, they've officially had the word “humour” in their dictionaries since the 1930s, thank you very much.
In fact, Paul Taylor, whose comedy video about the French kiss went viral earlier this year, says both senses of humour deserve to fight it out on the same playing field.
“I’m not sure there is a difference between the British and French sense of humour,” he tells The Local.
“It’s more the delivery that is different. People falling over, bodily fluids, relationships, self-deprecation, cultural differences… No matter which country you’re from, the same things make people laugh in the end.” 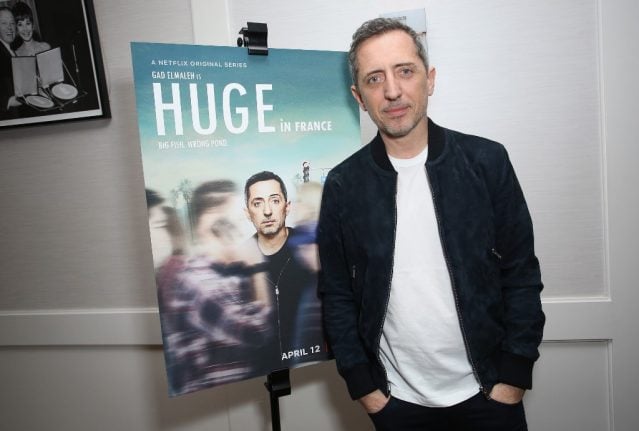 CULTURE
Think the French aren’t funny? These five comedians may change your mind 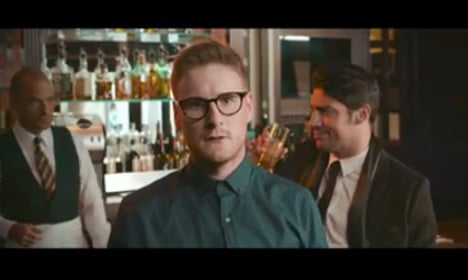 COMEDY
WTF France: What’s with the French and dubbing films? 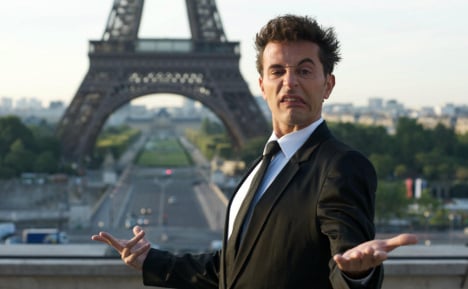 THEATRE
The Parisian habits you’ll pick up ‘in an hour’ 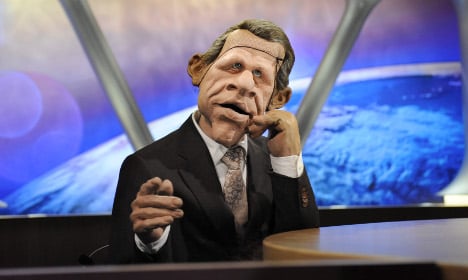