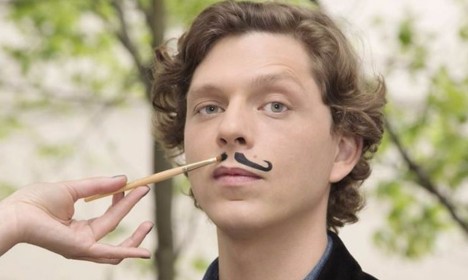 “You stole the life of an exceptional being, the love of my life, the mother of my son, but you won't have my hatred,” Antoine Leiris posted on Facebook after identifying the body of his 35-year-old wife Helene, one of the 90 concertgoers killed by jihadists at the Bataclan venue on November 13th.

The measured remarks quickly went viral as people sought to make sense of the bloodbath, which claimed 130 lives across the French capital.

Nearly five months later Leiris, a 34-year-old journalist, has published a book recounting the aftermath of the tragedy. An initial print run of 30,000 copies is already sold out, and the book is in a second printing.

The moving and dignified account starts with the fateful night when Leiris stayed at home with the couple's son Melvil, then 17 months old, while Helene left for the concert by US group Eagles of Death Metal.

A former presenter on French public radio, Leiris recalls how he watched in horror as the first images of the attacks began appearing on the television news.

“My heart was in my mouth,” he wrote.

Then came the interminable scramble for word on his wife and the visits to hospitals… then the call from Helene's sister. “Antoine, I'm so sorry.”

At the morgue: “She looks like the woman I watched as she woke each morning… I cry, I talk to her, I want to stay another hour, at least a day, maybe a lifetime. But I have to leave her.”

But most of the book centres on Melvil, now 22 months old, and the vital bond between father and son.

Although ravaged by grief, Leiris recounts how life most go on with the child who resulted from his union with Helene.

He talks about how the mothers at Melvil's nursery school have rallied around the pair, “unable to cope with the thought of these two poor guys alone in a big house without mum”. Each day one of them makes a little meal for Melvil with “the taste of a mother's love”.

Leiris's defiant but humanist message on Facebook touched hearts around the world, prompting a torrent of emails.

One stood out for him, saying: “It is you who were struck, but it's you who gives us strength.”

Leiris wrote: “Looking at things from afar you always have the impression that someone who survives the worst is a hero. I'm not so sure. Fate struck, that's all.”