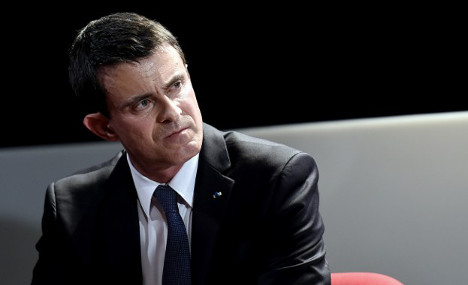 Speaking at a roundtable on Islamism in Paris on Monday, the premier warned that Salafists were “winning the ideological and cultural battle” in France, home of Europe's biggest Muslim population.

And he pledged to “massively” increase France's security and defence budgets in the coming years, as the country grapples with a growing jihadist threat after two deadly attacks last year.

“The Salafists must represent one percent of the Muslims in our country today, but their message — their messages on social networks — is the only one we end up hearing,” he said.

France has cracked down on extremism since a deadly jihadist attack on the  Charlie Hebdo magazine in January 2015 and after Islamic State gunmen and suicide bombers killed 130 people on the streets of Paris in November.

Deadly Isis bombings in Brussels last month have intensified fears that parts of Europe are turning into a hotbed for home-grown extremism.

There have been fears of an Islamophobic backlash, however, and France's women's rights minister sparked a storm last month when she compared women who wear headscarves to “Negroes who supported slavery”.

Her comments were a response to the growth of fashion tailored for the Muslim market, as a wave of big fashion chains including Dolce & Gabbana have launched lines of hajib headscarves and “burqini” all-body swimming costumes.

France bans the Muslim face veil in public places, and Valls said the headscarf was being used by some as a challenge to France's secular society.

“The veil does not represent a fashion fad, no, it's not a colour one wears, no: it is enslavement of women,” he said, warning of the “ideological message that can spread behind religious symbols”.

“We have to make a distinction between wearing the veil as a scarf for older women, and it as a political gesture confronting French society.”

Experts however criticised Valls for either overstating the significance of Salafist Islam or for being “ignorant” about the dynamics in France's Muslim communities.

“It’s an undeniable fact that the influence of Salafism has progressed significantly in recent years,” said Gilles Kepel, a French expert on Islam. “Whether it is winning, I am not sure.”

“I don’t think we should dramatize things or say that this ideology is winning .It’s not. But it’s a real debate today, that is dominating Islam in France and must be taken very seriously.”

Raphael Liogier a French sociologist specialising in religions said Valls statement showed “a complete ignorance of all the multiple dynamics that play a role in Muslim communities today.”