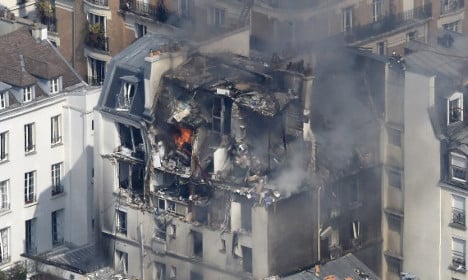 Photo: AFP
An explosion destroyed several floors of an apartment building on Rue Bérite in the sixth arrondissement of Paris at around 12.20pm on Friday.
Five people were left with minor injuries after the explosion, but it remains unclear whether anyone was in the flats at the time of the blast.
Pictures showed great plumes of smoke rising from the building and three floors were blown away.

The blast near the Jardin du Luxembourg was accidental and was traced to a fire that caused a gas stove to blow up, police said. “Firefighters had been there for an hour trying to put a blaze on the ground floor of a neighbouring building, then there was an almighty explosion that shook the whole area,” one witness told Le Parisian.
“It's terrible I saw several firefighters taken away on stretchers,” he said.
Jenna Binion, who lives nearby, told The Local: “I felt my floor shake and heard a loud noise, then it smelled like smoke outside.”
“There are a lot of people in the streets and I can hear a lot of sirens.”

The tweeter above says he felt the Montparnasse Tower move when the blast went off. Photo: Google Maps.
Several witnesses reported smelling gas before the explosion, according to reports.
Dozens of emergency workers and firefighters rushed to the scene and have cordoned off nearby roads. 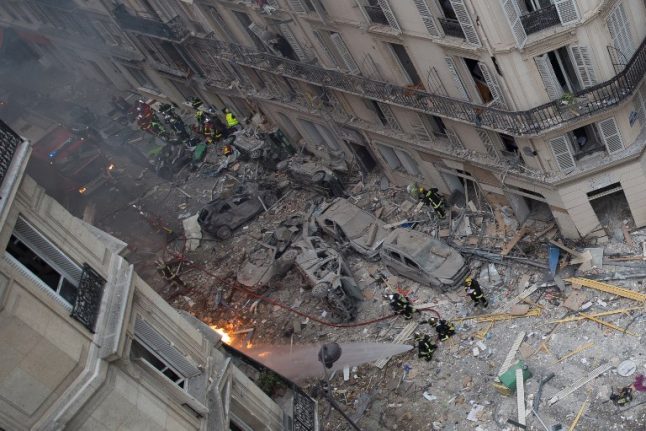