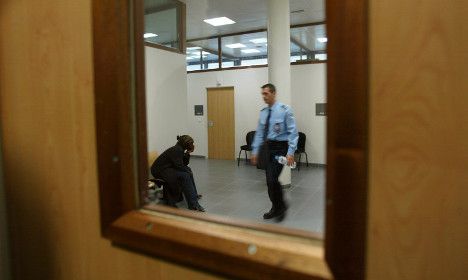 The young boy was put in a plane by his mother on March 21st from the Comoro Islands off the southeast coast of Africa, 8,000 kilometers away.

Upon his arrival at the airport, he was supposed to meet his aunt, who already lives in France, but the authorities noticed the passport didn’t belong to him and promptly put him in holding room, where he’s remained ever since.

The boy’s lawyer blasted the “traumatizing” experience the child has been put through and has called on the French interior ministry to intervene as well as France's rights watchdog Le Défenseur des droits”.

Several children's rights groups have spoken out in his defense, saying that the French government is breaking international law.

Catherine Daoud of the Center for Isolated and Foreign Minors says, “The detention of children in a holding area, especially very young children like this one, is contrary to the International Convention on the Rights of the Child that was signed and ratified by France.”

But according to French law, adults and children arriving in France without valid papers can be detained for up to 20 days before a decision is made about their admission or deportation.

On Friday March 25th, a Paris appeals court ruled that the government is indeed allowed to continue holding the boy “in the interests of his own protection” until a decision is made.

According to the news site Mediapart a spokesperson from the government organisation that deals with foreign migrants, the DGEF said: “The administration is going the best it can to take into account the age of this very young boy.”

The spokesperson also pointed out: “The area where it is held is matched with toys.”

Although his possible future in France is currently up in the air, the boy is free to return to the Comoro Islands at any time.