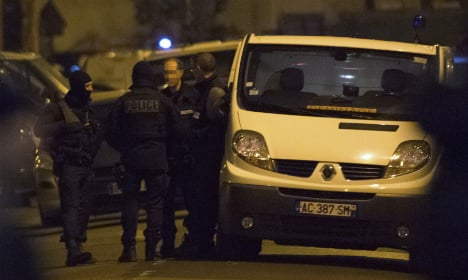 The man, identified as Reda Kriket, is suspected of preparing an attack on France and according to Interior Minister Bernard Cazeneuve the plans were already at an “advanced stage”.

He was arrested in the western Parisian suburb of Boulogne-Billancourt on Thursday. Another police raid was then carried out at his home in Argenteuil, northwest of Paris.

According to France Inter, TATP explosive material and “an arsenal” of arms, including kalachnikovs and handguns, were found during the search.

Some of the TATP found – the easy-to-make explosive of choice of the Islamic State group – was apparently ready to use.

Kriket, 34, is a French national and has been described by authorities as an “extremely dangerous” man.

In July, he was convicted in Belgium alongside Abdelhamid Abaaoud, the ringleader of the November 13 attacks in Paris and who was killed in a police raid five days later.

In the trial, Kriket was convicted in absentia and sentenced to 10 years in prison for being part of a jihadist network planning to go to Syria. The investigation showed that he had played an important role in financing the network with money from robberies and stolen goods.

Among those who went to Syria through the network were both Abaaoud and another Paris attacker, Chakib Akrouh.

Abaaoud, who was also convicted in absentia in the Belgian trial, was sentenced to 20 years in prison.

During a press conference held late on Thursday, Cazeneuve said Kriket “belongs to a terrorist network that sought to strike our country,” adding he is suspected of “being involved in the plan at a high level.”

The minister said the man had been under surveillance “for several weeks” and that the arrest was the result of “close and constant cooperation between European services”.

Thirty-one people were killed in the suicide bombings that struck Brussels airport and the city's metro on Tuesday.

Police in Belgium and Paris are still piecing together the potential links between the November attacks and those in Brussels. Last week, Belgian police arrested Salah Abdeslam – the only surviving jihadist directly involved in the Paris attacks – and investigators have linked him to the Brussels suicide bomber brothers, Khalid and Ibrahim El Bakraoui.