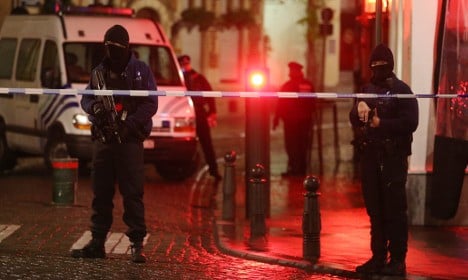 Counter-terror raids were being carried out in the Paris suburb of Argenteuil on Thursday evening with a suspected terror plot being foiled, according to France's Interior Minister Bernard Cazeneuve.

The minster announced that a Frenchman had been arrested in Argenteuil on Thursday morning on suspicion of plotting a terror attack.

Following his arrest counter-terrorism investigators were sent in to carry out searches of the block of flats in Argenteuil.

No details were revealed about what the actual plot was other than that France was the target.

“The arrest is the result intricate work carried out over the last few weeks by intelligence services,” Cazeneuve said.

The minister confirmed the man arrested was of French nationality and was “involved in the plot at a high level” and that he was “involved in a terrorist network that was ready to attack France.”

The minister stressed however that there was no evidence to suggest the plot had any links to the terror attacks in Paris last November or Tuesday's bombings in Brussels. (The suburb of Argenteuil can be seen highlighted in red in the top left of the map.)

He said the suspect had been under surveillance for several weeks and that his arrest was a result of the “close cooperation between European services”.

Thursday's operation in Argenteuil saw a block of flats evacuated at around 5.30pm and a security cordon set up around the area.

Bomb disposal units were sent in to provide back up in the raids and the car park as well as communal areas of the building were being searched.

At around 10pm residents all along the Boulevard General Delambre were ordered to leave their homes with the security cordon extended to around 200 metres from the flat where the counter-terrorism operation was focussed.

“The police told us to stay at home without giving further explanation. The police were all wearing balaclavas.

“Given the context, people are afraid. My son has already told me he doesn' t want to go to school tomorrow.” The operation comes as France remains on high alert for terrorism attacks, following November's massacre of 130 people in Paris and the Brussels bombings.

Investigators have established firm links between those who carried out the two attacks, but several suspects remain on the run.

Both attacks were claimed by Islamic State, however Cazeneuve did not confirm whether Isis was the “terror network” the Argenteuil suspect was involved with.

Anti-terror police in France have foiled a number of attacks in recent months including an attempt to launch a gun attack on an Amsterdam to Paris train last August.

In recent weeks police have also made arrests after becoming aware of plots to launch attacks in France, including that of two young girls, who reportedly wanted to attack a concert hall in Paris in the same way the Bataclan was targeted.