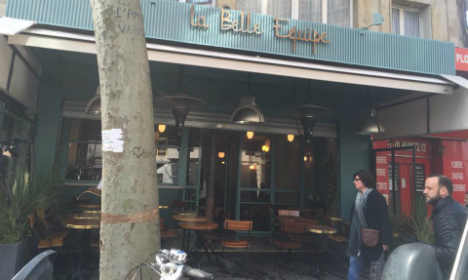 “Today is not just any day. It’s spring! […] Aubery (the manager) and her Belle Equipe (translated into Dream Team) are pleased to welcome you,” the bar announced in a Facebook post, adding a series of photos from the re-opening.

While some of the bars hit by the terrorists have staged much publicized re-openings, La Belle Equipe team simply said they “would open one morning in Spring at 8am as normal.”

And that's exactly what they did on Monday, albeit after lunch.

Comments immediately poured in, with dozens of both past and future customers sending messages of support to the team, underscoring the emotional importance of La Belle Equipe opening up again.

“It’s very touching to see you re-opening,” one well-wisher wrote, while another said: “A beautiful and long life to the very Belle Equipe!”. A third person commented that she could finally “come back!!”

The restaurant is located on Rue de Charonne  in Paris’s 11th arrondissement.

Nineteen people lost their lives on its premises when terrorists unleashed a wave of attacks on the capital on November 13.

With the reopening of La Belle Equipe, all the bars and restaurants – including Le Petit Cambodge and Le Carillon – targeted in the attacks have now opened up for business again. It is only the Bataclan concert hall, where 90 people died as gunmen sprayed the venue with bullets, which remains closed.

The Bataclan is expected to reopen at the end of the year.

On Friday, Salah Abdeslam, believed to be the last surviving suspect directly involved in the Paris attacks, was arrested in a French-Belgian police operation in Belgium.