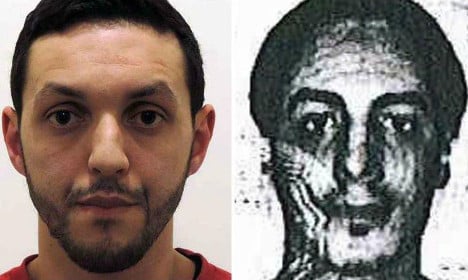 Friday’s capture of Abdeslam in Belgium has been hailed as a breakthrough in the police investigation into the November 13 terrorist attacks in Paris.

But at least two of his suspected accomplices are still on the run and although authorities on Monday confirmed the real identities for both of them, the clock is ticking for police to hunt them down.

The first fugitive was already identified as Mohamed Abrini, a 30-year-old of Moroccan origin, in the early stages of the investigation.

He was last seen two days before the November attacks, appearing on CCTV footage along with Abdeslam at a petrol station north of Paris. At the time, Abrini was driving one of the vehicles used in the devastating attacks in which 130 people were killed in the French capital.

On Monday, however, Belgian prosecutors confirmed the identity of the second suspect: 24-year-old Najim Laachraoui who had travelled to Syria in 2013.

A police source cited by AFP said his DNA had been found on  explosives used by the jihadists during the assault in the French capital.

According to investigators, Laachraoui had been using the false name of Soufiane Kayal – the name with which he rented an apartment in Auvelais in Belgium and from where the terror attacks were planned.

“Laachraoui's DNA was found at the Auvelais home and at a house in Schaarbeek [in Brussels] which were used by the terrorist group,” prosecutors said in a statement.

Laachraoui also went under the same false name when he crossed the border between Austria and Hungary on September 9th when he was travelling with Abdeslam and Mohamed Belkaïd, a third terror suspect who was killed in a shoot-out with police in Belgium last Tuesday.

Police suspect that Laachraoui and Belkaïd were in phone contact with the Paris jihadists on the night of the attacks.

According to investigators, Belkaïd is believed to have been the recipient of the text: “Let’s go, we’re starting,” which was sent by one of the Paris jihadists targeting the Bataclan concert hall to a Belgian phone number just before the massacre took place.

Later that night, someone called from another Belgian number to Abdelhamid Abaaoud, the suspected ringleader of the attacks who was killed in a police raid in Paris five days after the attacks.

Abdeslam's lawyer Sven Mary says his client is cooperating with investigators as they continue to question him.

Their hope is that he will give information that will lead them to tracking down Abrini and Laachraoui. However there is speculation that both men may have made it to Syria and could be out of reach of police.

While these are now the main two main suspects after Abdeslam's arrest, there may still be a more members of a terror network that even President François Hollande admitted was far larger than at first thought.

Two gunmen escaped from the March 15 shoot-out in Brussels and while most believe one of them lay have been Abdeslam, nothing has been confirmed.