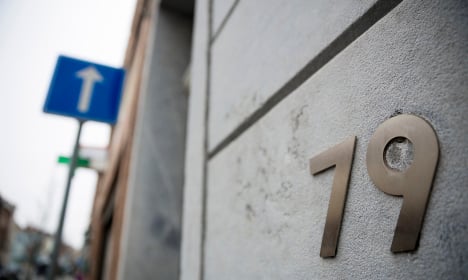 The building where Salah Abdeslam was arrested in the Molenbeek neighborhood in Brussels. Photo: AFP

“There can be a real trial with someone who was clearly involved in the attacks,” said Dr Georges Salines, head of one of the victims' groups that formed after the November 13th attacks that claimed 130 lives and injured hundreds.

Dr Salines' daughter was killed at the Bataclan concert hall along with 89 others attending a concert by the US group Eagles Of Death Metal.

“We're glad (Abdeslam) didn't go… to Syria to be killed by an American drone,” said Ms Aurelia Gilbert, an employee of the Bataclan and a member of Dr Salines' group November 13: Fraternity And Truth.

“We are a democracy and there will be a trial,” she said.

“Before, we only had underlings facing justice,” Ms Gilbert added. “Now we have someone who was there. The victims of the (cafe) terraces and their relatives will have someone to judge.”

The rampage targeted a string of restaurants and cafes as well as the Bataclan and the national Stade de France stadium.

“At least there's someone alive who was prepared to follow through (on a suicide mission),” said Sylvie, who was injured outside the Stade de France. “Maybe we will finally be able to learn more about it.”

Evidence suggests that Abdeslam, who is believed to have played a key logistical role in the attacks, backed out of detonating his suicide vest.

Abdeslam's brother Brahim blew himself up at a restaurant during the bloodbath.

Ms Caroline Langlade, the vice-president of another victims group, Life For Paris, said Abdeslam's trial would provide a chance “to try to understand what might be going on in the heads of these French and Belgian young people who are radicalised”.

She was among the concertgoers at the Bataclan on the fateful night.