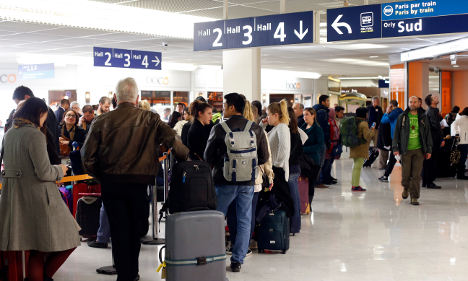 Pairs Orly airport plus Beauvais, Lyon, Nice and Marseille airports will all be affected by an air traffic controllers' strike.

The DGAC, France's Civil Aviation Authority, has asked airlines to reduce their flight programmes by 20 percent in order to cope with the strike.

In a statement, the DGAC warned passengers to expect “disturbances throughout the country” and advised them to check with their airline before travelling.

The strike, called by Unsa, the third largest union for air traffic controllers, protests against  “the decision to accelerate the reduction of the workforce”, which the union says is unrealistic considering the “operational needs of control centres”.

Unsa also denounced the “considerable technological backwardness” of the equipment provided to air traffic controllers in France, as well as the “lack of investment”.