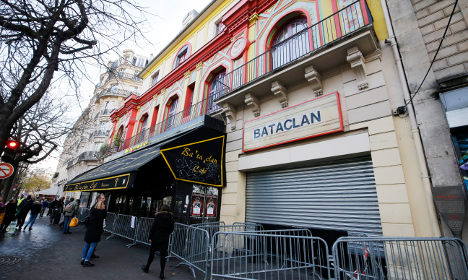 The reconstruction is part of the ongoing parliamentary inquiry into the November 30th attacks that left 130 dead, including 90 at the Bataclan concert hall.

On the night, three gunmen burst into the concert hall and opened fire indiscriminately, before blowing themselves up as police SWAT teams closed in.

The aim of the exact reconstruction of events is to better understand the chronology of events on the night, the movement of the terrorists and the intervention of emergency teams.

Police officers who were there on the night will also be present. The reconstruction will take place behind closed doors to prevent any leaks to the press.

But some of the victims have called the operation by the country’s parliamentarians as “inappropriate and disgraceful”.

“It’s shameful, this reconstruction simply undermines the work of the investigating judges. It is only the law that can take this kind of initiative,” said lawyer Jean Reinhart, who represents 12 families of victims.

“It’s a lack of respect towards the victims. It is incomprehensible, inappropriate and disgraceful,” said the lawyer.

For their part, the members of the inquiry say the reconstruction is just about giving them a better chance of visualizing the events that many witnesses have spoken about.

“We asked the security forces who took part, the BRI, the Raid (another elite police unit), and the police to come. We are going to see how they acted, chronologically. And why it took three hours to get the last of the victims out,” lawmaker Georges Fenech told reporters in front of the Bataclan.

He said that the lawmakers' aim “is to shed as much light as possible on what happened.

“We are working for the sake of the victims.”

The parliamentary committee is also investigating the French state's response to the jihadist attack on the satirical newspaper Charlie Hebdo and a Jewish supermarket in January last year.

It is due to publish its report on July 14th.

Part of the parliamentary hearings will be covered by a secrets act, which means they will remain undisclosed for 25 years.