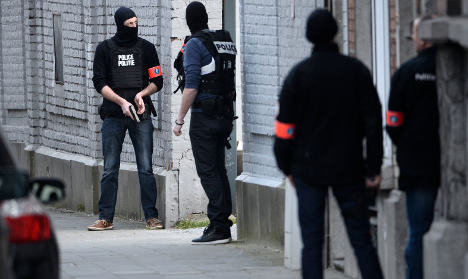 The firefight on Tuesday, in which an Algerian national with suspected ties to Isis was killed, erupted after Belgian and French police searched a property in connection with the November 13th Paris massacres, claimed by Isis.

Sources close to the investigation told AFP that the officers visited the apartment believing it was rented under the same false identity as a hideout in the southern Belgian city of Charleroi used by the Paris attackers.

In the Charleroi hideout, police had found DNA traces of Paris attacks ringleader Abdelhamid Abaaoud as well as Chakib Akrouh, both of whom were killed north of the French capital days after the Paris attacks under a hail of police bullets.

According to Belgian daily De Standaard, police believe both properties were actually rented by convicted car thief Khalid El Bakraoui, 27, who is at large. His brother, Ibrahim El Bakraoui, is also known to authorities and served a nine-year sentence in 2010 after firing on police during a robbery, according to daily La Derniere Heure.

Sources close to the investigation told AFP the search on Tuesday was to verify if the El Bakraoui brothers were to be found at the apartment, though expectations were low as water and electric power had been cut off for  weeks.

According to De Standaard, the two suspects on the run from the firefight Tuesday are not the El Bakraoui brothers, though a spokesman from the federal prosecutor refused to confirm the information.

De Standaard also reported that police found computers with encrypted data and false IDs at the scene of the firefight.

“In a stroke of luck, the police fell upon what evidently constitutes the core of a terror cell planning something,” researcher Claude Moniquet of the European Strategic Intelligence and Security Center told AFP.

“These are active and heavily armed operators as shown by the presence of 11 Kalashnikov rifle chargers in the apartment,” he added.

Belgian Prime Minister Charles Michel on Wednesday called on Brussels residents to “stay calm and cool-headed” as the investigation continued into the police raid.