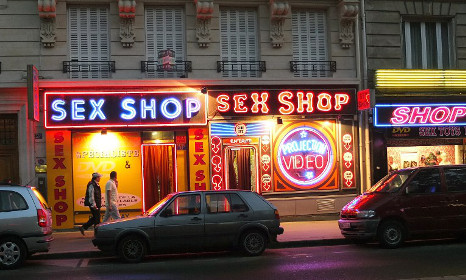 While some of the warnings are definitely legitimate, others paint a rather harsh picture of travelling in France. And the same can be said about warnings issued by the French authorities about visiting the United States. You might be left scratching your head or rolling your eyes at some of these advisories.

Read on for the top six potential dangers of a trip to France according to the U.S. Embassy.

It’s no surprise that the US warns its citizens of possible terrorists attacks considering the events of 2015. The government states that “credible information indicates terrorist groups continue plotting possible attacks in Europe.” It says that travellers should expect delays at airports, train stations, and border checkpoints. (Because airports were always so speedy and convenient before, right?)

Americans who plan on driving in France are warned that traffic signs and driving habits might be different from what they’re used to. Those who’ve already visited probably wouldn’t disagree with the statement that “driving is typically faster and more aggressive than in the United States.” In fact, many expats already complain that the French are crazy drivers. Pedestrians are also warned to be careful when crossing the street, as a green man signal is no guarantee against aggressive drivers. But to be fair, pedestrians tend to be somewhat aggressive as well, often choosing to completely ignore the “don’t walk” signal.

The film Moulin Rouge made this neighborhood famous to Americans, but Pigalle is apparently too scandalous for the US State Department. It cautions that the area is “known for its sex shows, prostitution, and illegal drugs. Unsuspecting tourists have run up exorbitant bar bills and been forced to pay before being permitted to leave.” Whoops.

The US government also urges citizens to be aware of the risks of riding the metro in France, particularly the RER B from Charles de Gaulle airport. The State Department website advises that pickpockets target unsuspecting tourists, and furthermore, that metro inspectors are not very understanding. They “may show no interest in explanations and no sympathy for an honest mistake. Failure to cooperate with inspectors may result in arrest.” So it’s no good trying to play the “I’m just a clueless American tourist” card with transport workers.

Shop with care. Don’t set your wallet on the counter at the Galeries Lafayette department store. Beware of pickpockets near the Eiffel Tower, the Louvre, and the Sacre Coeur Basilica at Montmartre… These might seem like no-brainers, but the State Department clearly doesn't want its citizens to take any chances. It also alerts to the rise of “necklace snatching” in the southern city of Marseille. While these tips are valid, we suspect it's warnings like these that have given many Americans the unfortunate idea to wear fanny-packs (belt bags) to protect their belongings.

Although many of these warnings may seem a bit over-the-top to French people who manage to survive demonstrations and riding the Metro on a daily basis, France has its own tips for US-bound French citizens that may seem a bit ridiculous to Americans.

Through French eyes, certain aspects of US culture must seem bizarre and even a bit alarming when planning a visit. The advice of the French foreign ministry offers an illuminating peek into how the French view Americans.

Here are some of the things they tell their citizens to watch out for and keep in mind when visiting the so-called “Land of the Free”.

France pays particular attention to advising its US-bound travellers of what to do when accosted by a gun-toting American: “In numerous (American) states, the carrying of firearms is allowed and common. Thus visitors should, in all circumstances, stay calm and keep their cool.”

The French are also told not to mess with American cops: “If an (American) police car with its lights and sirens on appears behind a driver, the driver must immediately pull over and stay in his car, with his hands on the wheel and wait for the police officer.” It’s recommended not to raise your voice or make aggressive gestures. It’s possible this particular tip stems from the media spotlight on deaths related to police brutality and the ensuing national controversy that’s been dividing the country for the last couple of years.

France's foreign ministry also alerts its women to the fact that while going topless might be 'de rigueur' on French beaches, that certainly isn’t the case in the U.S. “The ‘monokini’ (topless bathing) is strictly forbidden (in the US), even for little girls. Children, babies included, must wear a bathing suit.” It’s no wonder that the French see Americans as being uptight about nudity.

France warns its citizens that Americans have a “zero tolerance” policy when it comes to plane travel and airport security. That means no cracking jokes to border control officers if you’re hoping for smooth entry into the US. The foreign ministry elaborates that certain attitudes and wisecracks that seem harmless in some countries can lead to “immediate arrest and legal action” in the U.S. France counsels its citizens against being “too Latin” and the dangers of trying to be funny. “It is advised to adopt a reserved attitude toward the opposite sex (in the United States)…You can wind up in court over words, attitudes and jokes that are harmless in Latin countries.” Apparently certain humor doesn’t translate.

5. Tornadoes, hurricanes, and earthquakes (oh my!)

French travellers might be slightly alarmed to read that their government recommends keeping an ear open for phrases such as “hurricane warning”, “tornado warning”, or “flash floods”. France warns that in the U.S. the “risk of natural catastrophes and violent weather phenomena is much higher than in Europe.” Just in case the uptight police and gun situation advisories didn’t freak them out enough.

6. Be wary in American cities

France gives a detailed list of 13 major cities and certain neighborhoods where its citizens should be extra cautious, including New York, Washington DC, Boston, Chicago, Los Angeles, Miami, and Atlanta. As for Detroit, it’s advised to completely avoid the downtown area after business hours.

So, over to you: What would you really warn French or Americans about visiting France or the US?