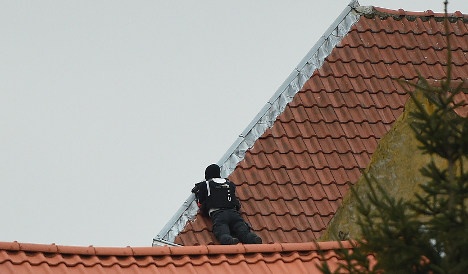 A member of the Belgian police takes position on the roof of a house during the operation. Photo: AFP

Belgian police are still hunting for two fugitives following a deadly shootout in Brussels during an anti-terror search linked to the Paris attacks, prosecutors said on Wednesday.

“Two people who were in the (raided apartment) were able to flee,” Belgian prosecutors' spokesman Thierry Werts told a press conference.

He also revealed that the suspect gunned down in a shootout with Belgian police on Tuesday was found with an Isis flag, a Kalashnikov rifle and a book of extremist literature next to his body

Werts said the man had been identified as Belcaid Mohammed, an Algerian national who was was illegally in Belgium.

Werts said that “two persons who were probably in the flat and whose identity is not known fled the scene and are being tracked down”.

Searches throughout the southern district of Brussels found “no results”, he said.

Prime Minister Charles Michel said a vast police operation was still under way in Brussels after the shootout in which four police officers were slightly wounded.

Belgian police are already desperately trying to track down Salah Abdeslam, who escaped to Brussels shortly after the Paris attacks. He is believed to have played a major role in organizing the bloodshed.

Mohamed Abrini, pictured with Abdeslam shortly after the attacks, is also still at large and the subject of a manhunt. 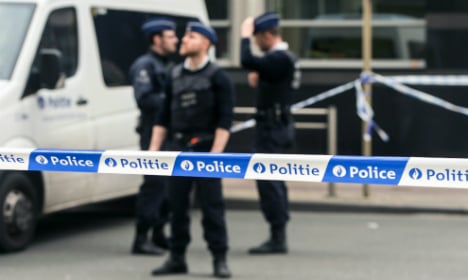 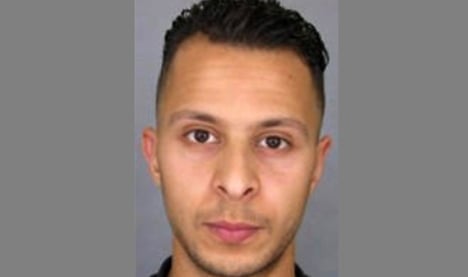 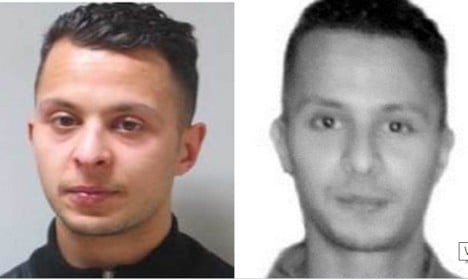