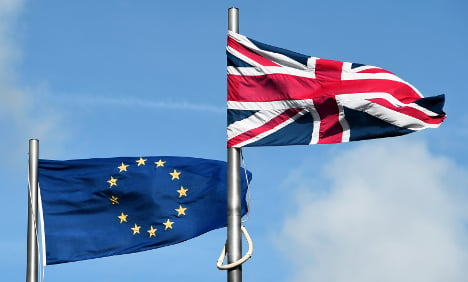 Currently, expats who have not been resident in the UK for over 15 years are ineligible to vote in general elections. Despite hope that the restriction would be ditched for the referendum, it remains in place, much to the anger of long-term expats.

This group is estimated to number 2.2 million – almost half of the 5 million Britons currently living abroad. There is no exact figure on the number of Brits living in France who will be unable to vote, but unofficial estimates put the number around one third of the 130,000 expats, officially registered in France.

Lawyers will lodge the claim at Britain's High Court on Wednesday, acting on behalf of a group of expats, which includes pensioners’ rights campaigner Brian Cave, who lives in France, and 94-year-old war veteran Harry Shindler, who lives in Italy and has previously petitioned the European Court of Human Rights (ECHR) about the law.

The group argues that the EU Referendum Act, which gives votes to groups who are not normally permitted to vote in UK general elections including Irish and Commonwealth citizens living resident in Gibraltar, but excludes long-term expats in Europe, is a breach of their rights.

“Our clients are being penalized for exercising their EU free movement rights,” said lawyer Richard Stein from firm Leigh Day. “The people it arbitrarily excludes are those UK citizens who are among those most likely to be affected by the decision taken by voters in this referendum.”

“Not to allow them to vote on the decision whether the UK remains part of the EU is unlawful and we have asked the court to deal with the issues urgently so that the act can be amended before the June date, to include all UK citizens residing in the EU for however long.”

The case if successful could have a huge impact on preparations for Britain’s EU referendum on June 23rd.

At the last general election in 2015, 106,000 Brits who had been resident abroad for less than 15 years registered to vote.

While expatriates who have lived abroad long-term may not be significantly affected by the results of general or local UK elections, the Brexit referendum would have a huge impact on their lives.

At the last UK general election, David Cameron’s Conservative Party pledged to “introduce votes for life, scrapping the rule that bars British citizens who have lived abroad for more than 15 years from voting”. However, this change will not come into force before the referendum.

Christopher Chantrey, who heads the British Community Committee of France (BCC) said all hopes were pinned on Wednesday's legal challenge.

“This appears to be our last shot. It's so important that we should have the vote on a question that affects the livelihoods of so many British people.

“The truth is the government should have sorted this already. They have had time and it should have been done.

“But they're attitude towards the millions of expats living abroad is “out of sight, out of mind”.

If successful, the referendum scheduled for late June may have to be delayed while the extra names are added to the electoral register.

If you are a British expat and have been living in France for less than 15 years, you can vote in the EU referendum on June 23rd. To register CLICK HERE.

Alternatively if you've been abroad for 15 years and are disenfranchised, then you can sign the petition to give all expats the vote.