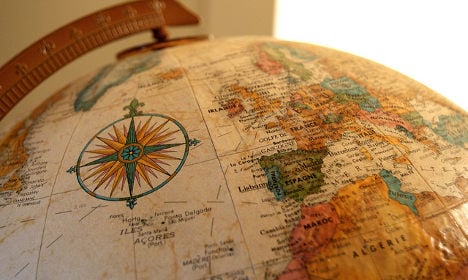 The number of French expats rose by 2 percent in 2015 compared to the previous year, making a total increase of 4.14 percent in two years.

There total number of French nationals registered abroad has reached 1.7 million, according to France's Ministry of Foreign Affairs.

However, while the figures reflect the growing tendency to move abroad, they don't tell the full story. For a start, the 1.7 million is lower than the real number of French abroad, estimated to be around 2.5 million, as it only includes those registered with foreign consulates.

This means that it is more likely to include expats who are staying abroad permanently or long-term, rather than a study abroad year for example.

The figures show a strong preference for francophone countries, with Switzerland remaining the country with the most French expats: 175,700 in 2015, a year-on-year increase of 5 percent.

There was also a rise of 6 percent in the number of French people moving to Canada, with total number of expats now reaching 92,116 and a smaller rise in those living in Morocco where 51,000 French nationals now call home.

As for Canada's neighbours the United States, the country of Donald Trump and co continues to prove attractive to French nationals looking to move abroad.

All the countries above saw a rise up to 5 percent in the number of French expats living there. However, France’s Mediterranean neighbours Spain and Italy were proving less popular, with both countries seeing a decline (of 5 and 3 percent respectively) in the number of French expats in 2015.

Destinations further afield are quickly gaining in popularity, with the French-speaking Republic of the Congo, Mali and Algeria all reporting dramatic increases in French expats of 19 percent, 14 percent and 12 percent respectively – though the total number of registered expats is still under 1,000 in each of these countries.

Marie-Pierre Parlange from the newspaper Petit Journal, which writes for French nationals abroad told The Local that language didn't act as a barrier to those who start a new life abroad, pointing out that half of all the French living abroad are in Europe, where, other than some parts of Switzerland and Belgium, it's necessary to speak either English or the local language.

“The French who choose to try their luck abroad have higher language skills than the average – most have a degree, and many of them learn the local language very quickly even if they don't know it when they leave,” she said.

While high taxes and high unemployment are often the reasons cited for why so many French are heading to the exits, the reality is that most simply want an adventure or want to expand their horizons, whether personally or professionally.

While young Brits have been moving abroad for years the younger French generation only recently cottoned on to the idea.

“The world is smaller now with cheaper plane tickets and communications, and more students spend time abroad for Erasmus, so people are more likely to think about trying their luck in another country,” said Parlange.

However there are some French exileswho leave in acrimonious circumstances like the entrepreneur who posted a parting rant at France on her Facebook page titled: “Adieu France”. It's worth a read.

Last year a study from Petit Journal found that that two thirds of French expats don't plan on returning home within the next five years, often citing a more attractive professional life abroad or dissatisfaction with France's political system.

But in case you're tempted to join them, here are twelve great reasons not to leave the country.