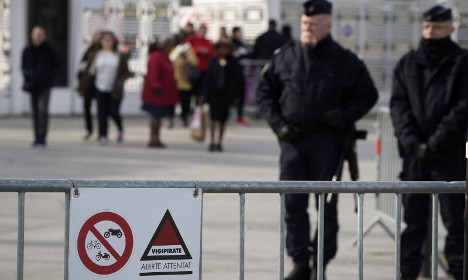 The messages were passed around by text and social media from Friday and warned everyone to stay away from certain parts of Paris because an attack, like the one which took place in November, was about to be carried out at the weekend.

The messages often cited “a friend who is a policeman” as a source of the information and warned that the stores and Grands Magasins shopping centres near the Opera were to be targeted over the weekend.

Each message sent between friends and family urged people to stay away from the Place de Clichy, Opéra, Pigalle area over the weekend. “I received that from my boys. You never know…” read one of the typical messages. “Info absolutely verifiable, certain, certain, certain, not yet on the television (the journalists are not allowed to talk about it) Huge threat of a terror attack between Place de Clichy, Opéra and Pigalle. Avoid…”

As a result of the online panic, French police were forced to issued messages to try to calm fears but also to warn the public to ignore false rumours.

“Do not spread rumours. For any information, consult the official websites,” read the tweet from Paris police at the weekend.

“The terrorist threat is still high since November 13th, but there is no particular risk this weekend,” a police source told AFP, adding that these kind of rumours have emerged on a frequent basis since the November attacks.

The rumours appear to be linked to the arrest of four teenage girls on Friday over an alleged plot to attack a concert hall in Paris, in the same way the November 13th gunmen attacked the Bataclan theatre.

Two of the girls, 15 and 17 years old, were charged with terror offences after exchanging messages on Facebook in which they claimed they wanted to launch an attack similar to those in November which targeted the Bataclan concert venue as well as bars, restaurants and a football stadium, police said.

The girls were arrested on Wednesday and appeared before an anti-terror judge on Friday on charges of criminal conspiracy in connection with a terrorist undertaking.

Paris prosecutors said the discussions of the attack were in the preliminary stage and “neither weapons, nor explosive substances have been discovered”.