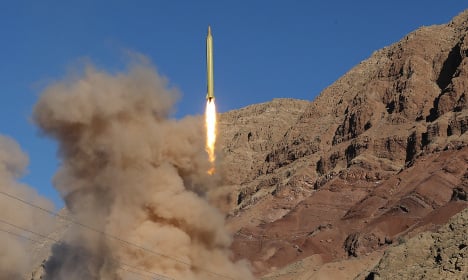 “If necessary, sanctions will be taken,” Ayrault said after a meeting with US Secretary of State John Kerry and several European counterparts.

Kerry described the launches — which the US has asked to be discussed at a UN Security Council meeting on Monday — as a breach of UN resolutions.

“They are longer than the distance allowed for ballistic missiles. And because of that they represent a potential danger to the countries in the region and beyond,” Kerry said.

“If Iran chooses to violate that they will invite additional sanctions.”

The UN atomic watchdog has said Iran is complying so far with the landmark July 2015 nuclear deal with major powers.

But under the terms of that deal that Western powers say is designed to prevent Iran from developing a nuclear weapon, it is still barred from launching ballistic missiles capable of carrying a nuclear bomb.

Iran has maintained that its missile programme is not aimed at developing a nuclear capability.

The US slapped sanctions on Iran in January over its ballistic missile programme, even as the world hailed the implementation of the historic nuclear deal.