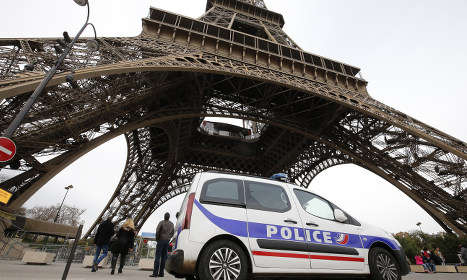 France has remained on high alert since the November 13, 2015 attacks which killed 130 people. Photo: AFP

The girls, 15 and 17 years old, exchanged messages on Facebook in which they claimed they wanted to launch an attack similar to those in November that targeted the Bataclan concert venue as well as bars, restaurants and a football stadium, police said.

The girls were arrested on Wednesday and appeared before an anti-terror judge on Friday on charges of criminal conspiracy in connection with a terrorist undertaking.

Two other girls who joined in the conversations were questioned but released without charge.

Paris prosecutors said the discussions of the attack were in the preliminary stage and “neither weapons, nor explosive substances have been discovered.”

France has remained on high alert since the November 13, 2015 attacks which killed 130 people, including 90 at a rock concert at the Bataclan.