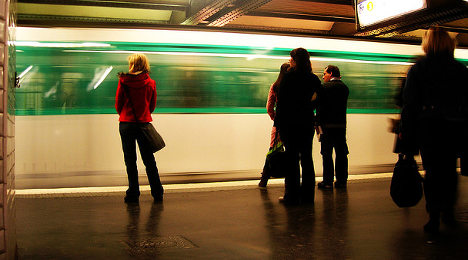 The 28-year-old suspect was arrested after police launched a surveillance operation around the Metro station Jourdain in the east of the city.

They were forced to act after two women were raped in a matter of days last weekend.

In both cases they were followed home after getting off the Metro at Jourdain, in the city’s 20th arrondissement.

The first attack occurred just after midnight on Friday, March 4th. A woman, aged in her 30s, was followed home to her apartment.

As she opened the door, the attacker pounced.

“She tried to make as much noise as possible to alert her neighbours and was subsequently subject to a physical beating and then sexual violence,” said Christophe Pinot, from Paris police. The neighbours heard her screams and began banging on the door of her apartment, but could not get in. The attacker then ran out of the apartment and fled the scene.

Just over 24 hours later, he struck again, this time after following a woman to her home in the 19th arrondissement at around 1.30am.

He attacked her in the elevator, then forced his way into her apartment before raping her.

After studying CCTV cameras police realized both victims had been followed home from Jourdain Metro station and so decided to launch a surveillance operation.

At around 1am on Sunday morning, police noticed a man acting suspiciously. When he began following a woman home, they moved in and arrested him.

Both victims identified him in a line-up. The suspect is a homeless man, who was known to police for a history of petty crimes.

Pinot from Paris police said there may be other victims but only the two have come forward to report the attack.

Earlier this month The Local reported that an American student had been the victim of a sexual assault as she passed through Dupleix Metro station in the middle of the day.

CCTV images showed that the young art student was initially followed through the Metro station by her attacker.

As she stepped onto the escalator at the station “the man went behind her, lowered his trousers, before penetrating her using his fingers,” a police source told BFM TV.