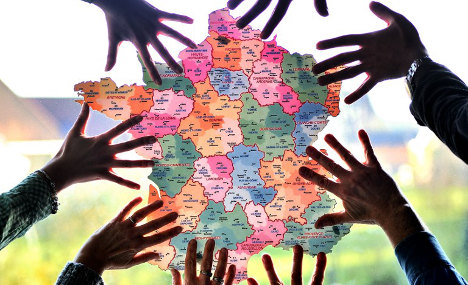 This town in the suburbs of Paris boasts a large shopping mall and an Ikea store, so for keen shoppers at least it will live up to its name, which means 'pleasure'. Here's another village or commune where the residents must always have a smile on their face. Perhaps the Camp de Bierre, also written as Camp de Bière (literally ‘beer camp’) located in the town has something to do with the merriment.


Depending on what you're hoping to get out of your visit to France, a town whose name means 'naked bodies' could be an ideal destination. Apparently visitors regularly strip off to have a photo taken with the town's official welcome sign.

If you ignore the accent (as many English speakers tend to do anyway), this town sounds like somewhere where the locals would be dancing through the streets. We couldn't not include the fifth largest city in France, located on the south-east coast. Locals say it really is a Nice place to live.

Many expats move to France for love, and living in a town named Saint-Amour (Saint Love), is sure to guarantee good things for your relationship. Obviously one for the male travellers, perhaps. Situated on two hills in western France, the locals will probably tell you that Brest is best.

Fewer than 100 people live in this village in eastern France, which has a certain charm about it.

The name of this village in Burgundy might appeal to some due to the fact it sounds exactly like the French slang word 'baise' which basically means ' a shag'. Be careful not to get your wires crossed if you're telling someone you want to go there. ‘Aimer’ is French for ‘to like or to love’, so hopefully if you visited this town you'd be able to say 'j'aime Aime'. Belleville literally translates as 'beautiful town', and you reach it by travelling along the Autoroute du Soleil ('the sunshine motorway'). Moving abroad can be lonely, so living in a town named Confort (‘comfort’) must make it a little easier to settle in. OK, we can’t promise all of these towns live up to their names, but here’s one that definitely does. Champagne is the name of the province and the region in north-east France where the fizzy wine is produced, and is well worth a visit.