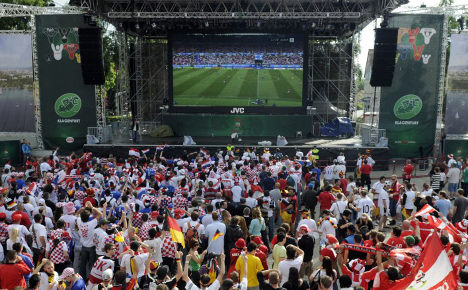 Less than three months before the start of the European Championship, which will see 23 other nations join the hosts for the month-long football extravaganza, France is mobilizing its security services for the worst case scenario.

The simulation will take place in the southern city of Nimes on March 17th.

France suffered from several terrorist attacks in 2015, mostly notably in the capital, Paris, where 17 people were killed in co-ordinated attacks on the Charlie Hebdo satirical newspaper and a Jewish supermarket in January.

In November, another 130 people were killed and many more injured when terrorists carrying automatic weapons and wearing suicide bomb vests carried out a series of attacks both in central Paris and on the outskirts at the Stade de France, where the Euro 2016 final will be held on July 10th.

Representatives of the security services and the 10 cities hosting matches will be among those attending the simulation.

Fan zones are thought to be areas most at risk of an attack as thousands of football fans from France and the other competing nations will be gathering in relatively confined spaces.