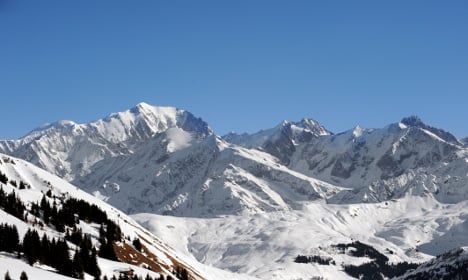 The man was suffering from severe hypothermia when he was found by the CRS Alps mountain rescue group, Le Parisien reported.

His body temperature was just 29C when he was pulled out of the snow on the Col de l'Échelle pass on the French-Italian border at noon on Sunday.

The snow covered Col stands at an altitude of 1,972 metres and the teenager was only dressed in “casual gear” without any specialist clothing for extreme weather.

Hypothermia occurs when the body's temperature drops below 35C.

“He had to spend the night on top of the Col, in a small tunnel,” one member of the rescue team, Olivier Cousin, told Le Parisien.

“A few more hours and he could have died. He could no longer speak because of hypothermia.”

The man had an Italian residence permit, meaning he could move freely in Europe, so police are unsure why he was trying to cross the Alps by scaling mountains.

He was rescued thanks to a friend, who alerted a woman was cross country skiing along the French side of the pass. The Ivorian was taken by helicopter to Briançon hospital, along with his friend, who was suffering from severe frostbite.

It is not known why the man tried to cross the mountain range without any winter clothing or equipment.