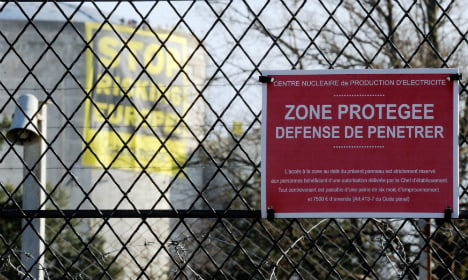 ”The timeline is one the president has repeated to me several times, it’s 2016,” said Emmanuelle Cosse, who was named to President Francois Hollande’s cabinet last month, referring to the Fassenheim plant.

Cosse was speaking to French media after a row sparked Friday when Germanydemanded that France close down Fassenheim following reports that a 2014 incident there was worse than earlier portrayed.

France’s Nuclear Safety Agency said that safety at the plant was ”overall satisfactory” but that the government’s energy policy ”could lead to different choices” regarding the facility, which is near the German and Swiss borders.

It said there was ”no need” to shut the plant from a nuclear safety point of view.

France has promised to cut reliance on nuclear energy from more than 75 percent to 50 percent by shutting 24 reactors by 2025, while stepping up reliance on renewable energy.

Fessenheim, located on a seismic fault line, has worried French, German and Swiss environmentalists for years.

In September, Hollande said Fessenheim, in operation since 1977, would no tbe shut this year, contrary to a 2012 campaign promise, because of delays in completion of a new plant in northern Flamanville.

On Sunday, Cosse said that to reach its target, the government would have”to close other nuclear plants, other reactors, obviously, over several years.”

Hollande named Cosse, a member of the French Greens Party (EELV), housing minister as part of a reshuffle seen as a bid to broaden his appeal ahead of a re-election bid next year.