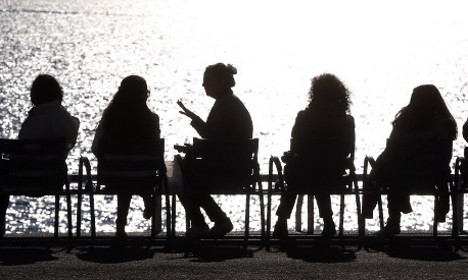 Winter is over in France – although did it ever really arrive?

Paris may have experienced a mini snow storm, but statistics released this week confirmed what most of us in France already knew.

The winter of 2015/16 was incredibly mild, in fact temperatures were a full 2.6C above average for the season, which explains why it is the warmest winter on record since 1900.

According to France’s weather agency Météo France, the average temperature in France for the months of December, January and February was 8C.

“This means that winter of 2015/16 is at the top of the most mild winters since records began at the beginning of the 20th Century,” writes Météo France.

Paris was able to bask in 234 hours of sunshine this winter, 50 more than in an average year.

The weather agency added that the country did not experience any kind of real cold front or winter conditions this year, and the mild temperatures affected all of the country.

In December the average temperature was 3.9C above normal, which made it the warmest month since records began and record high temperatures for the month were set in several cities in France.

In Biarritz in the south west, the average temperature in December was 13.3C, in Paris it was 10C and in Marseille it was 12.1C.

The warm winter led to problems for the ski season in the Alps, with many ski stations opening late due to a lack of snow.

When the snow did arrive it made for dangerous conditions in many off-piste areas due to the snow layers being unstable and leading to several fatal avalanches.

While the figures will be used as ammunition by environmentalists trying to force governments to act against climate change, experts say the mild winter of 2015/16 may simply be down to a natural variation of temperatures from one winter to the next.

Some climatologists have also blamed the El Nino phenomenon in the pacific for the warmer winter, but others say it has minimal impact on Europe.