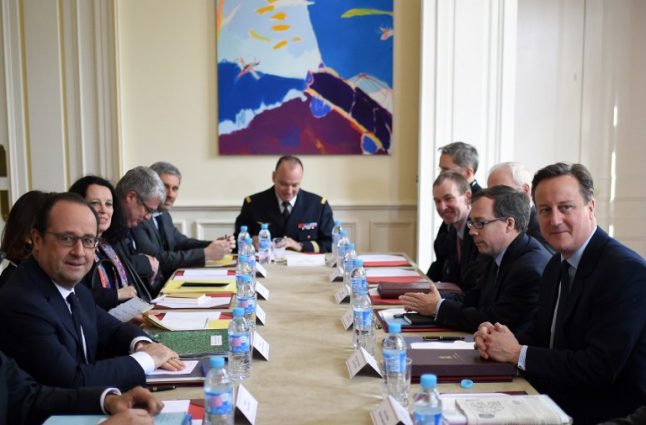 Britain will contribute around €22 million in extra funding to boost security at the French port of Calais according to a deal signed between the two countries on Thursday.

The sum will go towards improving “priority security infrastructure around Calais to support the work of the French forces of law and order,” according to the deal.

Aid groups in Calais, where thousands of migrants are camped out hoping to reach the UK, have frequently criticised the UK for only investing in security and not offering more humanitarian aid.

But part of the €22 million will also be spent on new reception centres for migrants and expelling those “economic migrants who not in need of protection.”

Britain has already contributed more than €60 million to boosting security in Calais, especially around the port and the entrance to the Channel Tunnel.

“Brexit will have consequences for Calais migrants situation”

Hollande on Thursday warned that there would be “consequences” for how migration was managed after meeting Prime Minister David Cameron for an Anglo-French summit in northern France.

“I don't want to scare you but to tell the truth, there will be consequences… including on the question of people… the way in which we manage migration issues,” he told reporters.

Under the 2003 Le Touquet border treaty, Britain is allowed to carry out border checks on French soil, stopping many migrants.

Earlier in the day France's Economy Minister Emmanuel Macron caused a storm when he suggested that the “Jungle” migrant camp would end up on the English side of the Channel if Britain voted to leave the UK.

Pro-Brexit campaigners dismissed the statements from the two French politicians as pure scaremongering.

Despite tensions, the two nations have tried to present a united front in tackling the crisis, and in August last year signed a raft of deals to increase security in Calais and boost humanitarian assistance.

Tightened security has curbed the number of attempts by migrants to force their way into the Channel Tunnel, a crossing that claimed several lives last year.

Hollande also said on Thursday that unaccompanied children at the Calais refugee camp who have relatives in Britain should be “quickly” reunited with them.

The summit comes as the “Jungle” camp in the northern French city of Calais, where migrants have gathered in grim conditions to try to cross into Britain, is once again in the spotlight.

For the past few days France has been trying to convince the migrants to move into better accommodation as they raze shacks in the southern part of the camp, facing often violent resistance.

The camp has been a frequent source of tension between Paris and London, as more migrants fleeing poverty and war in the Middle East and north Africa make increasingly desperate efforts to reach Britain.