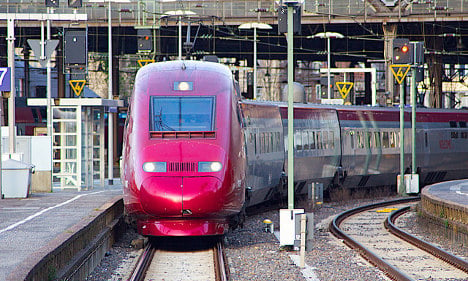 Photo: Lars Steffens/Flickr
The deal, which kicks off on Thursday, sees non-guaranteed places on the “Izy” service going for €10, folding seats from €15, and standard seats from €19.
Those looking for a little more comfort can book an extra large seat for €29. Thalys promises that no seat will be more expensive than €59.
The cheaper prices come with one disadvantage however – time.
The service won't be using the high-speed lines between the two capitals, meaning a journey will take up to 2hr30, rather than the 1hr22 on the newer lines.
There are two trains per day between the two cities during the week and up to three per day on Fridays and Sundays, each organized to allow a day trip for those on a tight schedule.
The rail service is hoping that the cheaper tickets will prompt a 10 percent increase in travellers, reports Le Figaro newspaper.
The company was hit by a drop in numbers following the terror attacks in Paris last November, when 130 people were killed.
Thalys recorded sales of €487 million last year, a 1.7 percent drop compared to 2014.