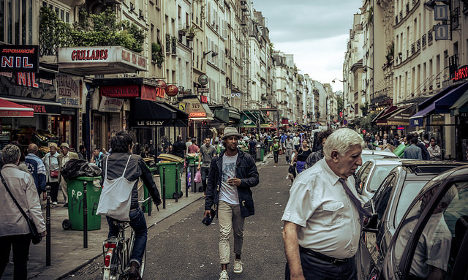 Photo: Geoffrey Etwein/Flickr
Drop in gas prices
For the sixth consecutive month, France's gas prices will fall, this time by an average of around 3 percent. The prices have dropped by an average of over 15 percent since January last year.
Online registration for unemployment benefits
Much of France is already on the online system at the French unemployment office, Pôle emploi, but as of March it will roll out across the entire country.
If this affects you but you don't have a computer or access to a scanner, you're still welcome to visit your local agency for help.
Flat rate for Paris airport taxis
Taxis taking passengers to and from Paris airports will have to charge a flat rate fee.
That means if you're travelling from the Charles de Gaulle airport, you'll pay €55 for a trip heading anywhere on the Left Bank and €50 for anywhere on the Right Bank. Photo: AFP
If you're coming in from Orly, it will be €30 for the Left Bank and €35 for the Right Bank.
Read more about the new flat rates here.
The clocks go forward
In a sign that summer is well and truly on the way, clocks go forward one hour on March 26th.
So at 2am, clocks will be switched to 3am – meaning you'll get an hour less sleep but the evenings will stay lighter for longer.
Automatic renewals for home savings plan
Those with a home savings plan (plan épargne logement – PEL) will see automatic renewals of their contracts all the way to maturity.
Under the old system, those with the contracts had to head into the bank and request a renewal. Now, your bank is obliged to keep you in the loop and give you a month warning as each year passes by. If you don't tell them otherwise, they will automatically renew it.
SEE ALSO: What changed in France as of February 1st 2016 SEE ALSO: What changed in France as of January 1st 2016