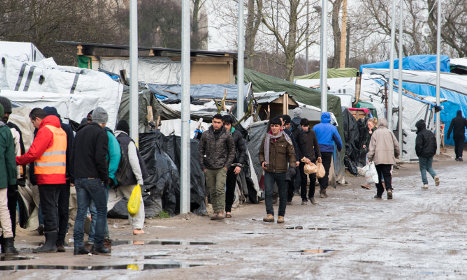 The first migrants from Calais' controversial Jungle camp were moved out on Friday, after a French court gave the green light to the camp's evacuation on Thursday. However, there was no sign of the bulldozers many had expected, and regional prefect Fabienne Buccio said that the process would be “gradual”.

The demolition of the southern part of the camp is expected to take up to a month, with immigration officers coming to the camp daily to discuss options for relocation with the migrants.

Most of them are being encouraged to move into the new shelters built on site, though France wants to spread many of them across shelters throughout the country. Activists had asked the court to stop the evacuation of the southern part of the camp.

“Around 500 to 1,000 migrants will just disappear because there is nowhere for them to go,” Michel Janssens from the charity Medecins sans Frontieres told The Local, adding that this was “not human” and would only result in “clandestine camps” being set up.

Calais town authorities have defended their decision, saying that no-one will be evacuated from the “Jungle” by force.

A migrant message on a tent at the #CalaisJungle to the international community… pic.twitter.com/KBXNDWPq40


“We are going to continue the work undertaken with the (migrants') associations to persuade the migrants to leave so that they have a roof over their heads,” an official, who asked not to be named, told the AFP.

The movement of migrants from the camp, most of whom hope to eventually reach the UK, prompted Belgium to reopen its border checks with France on Wednesday.

The country has already turned at least 80 migrants back in a move France's interior minister described as “strange”.