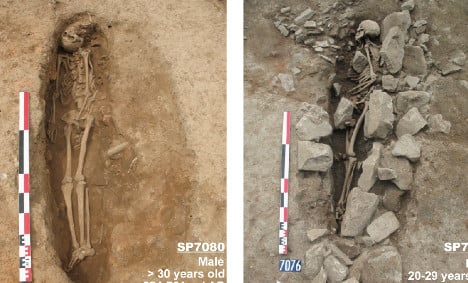 Photo: PLOS ONE
The skeletons at a medieval site at Nimes were found facing Mecca, and a genetic analysis showed their paternal lineage was North African, said the study in the journal PLOS ONE.
Furthermore, radiocarbon dating shows the bones likely date from the 7th to 9th centuries, suggesting they came from the Muslim conquests of Europe during that period.
“We believe that they were Berbers integrated into the Arab army during its rapid expansion through North Africa,” said the study.
The findings add a new dimension to knowledge of the era, which had been limited to history books and rare bits of archaeological data.
“We knew that Muslims came to France in the eighth century but until now we did not have any material evidence of their passage,” Yves Gleize, an anthropologist with the French National Institute for Preventive Archaeological Research (Inrap) and lead author of the study, told AFP.

The graves were first discovered in 2006 near a major roadway in Nimes as construction workers were digging an underground parking garage.
A careful analysis in the years since has shown that the men were all laid on their right sides, facing southeast in the direction of Mecca, according to traditional Muslim burial rites.
One was in his 20s when he died, another in his 30s and the third was older than 50. Their bones showed no sign of injury in combat.
The three graves were spaced 2.5 metres apart.
Another Muslim grave site has been found in Marseille, but it dates to the 13th century. One found in Montpellier may date to the 12th century. 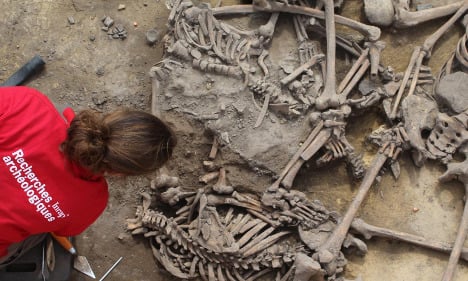 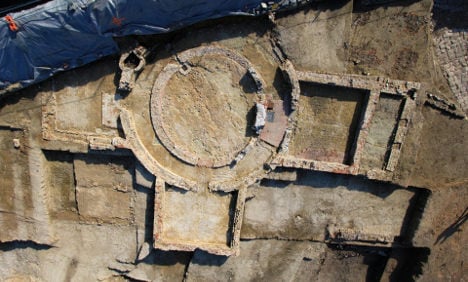