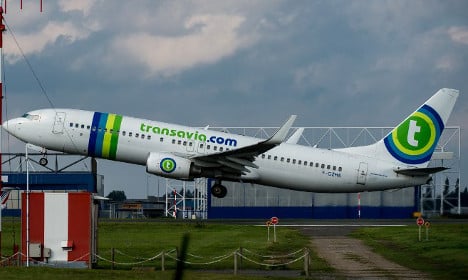 The rankings for the Best Budget Airline for 2016 were compiled by the website Flight Report, which was based on the scores given to each airline by passengers who leave reports and scores out of ten after the flights.

And Transavia came out on top with an overall score of 7.47 out of 10. In second place came Norwegian with a score of 7.42 and then Air Baltic took bronze medal with 7.23.

Britain’s easyJet finished in sixth place with a ranking of 7.14 and Ireland’s Ryanair was in 8th with a grade of 6.43 out of 10.

Propping up the table was Pegasus which just made it over five out of 10 (5.18).

Four criteria were used to score each airline: the comfort of the cabin, the welcome of air stewards, the quality of the refreshments offered for sale, and entertainment or services on board. And Transavia scored highly on each point.

“In fact [Transavia] does everything pretty well,” said Flavien Tete the co-founder of the Flight Report website.

“The company has an excellent reputation, the crew is young and friendly and the proposed destinations are mainly for leisure reasons,” he added.

Air France KLM will no doubt take heat from the ranking with the company coming in for regular criticism that it is behind the curve when it comes to competing in the cut-throat world of low-cost operators.

Plus Transavia was commended for its efforts to make more space in the cabin for passengers who are so often squished up against the seat in front during low-cost flights.

The company’s new Boeing 737 planes made with the “SkyInterior” cabins include new baggage compartments and new upholstery which adds that little extra space.

Transavia increased the number of flights it offered last year by 25 percent and saw passenger numbers increase by 28 percent.

This year the airline plans to open up routes to London and Edinburgh.

However its expansion was held back after a major dispute between Air France and its pilots in September 2014.

Air France has agreed to completely scrap its original plan to expand its low-cost brand Transavia via the creation of hubs in Germany and Portugal, which pilots feared would open the door to the undermining their contracts in France.

The pilots, some of whom earn up to €250,000 per year, were worried their flights could be replaced by Transavia services or that the company would seek to use Transavia pilots who are paid much less.

It will clearly face competition from Norwegian to hold onto the crown, given that the airline has announced a new long haul flight between Paris and New York with tickets for as low as €179.

Not only that but Norwegian offers Wifi on board.